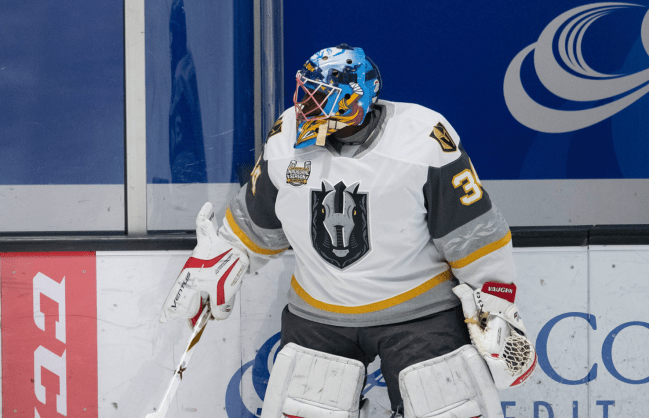 Fred Brathwaite had not dressed for a professional hockey game since 2012 and put his playing days long behind him. At least he thought. The 48-year-old currently serves as the goaltending coach for the Henderson Silver Knights, the AHL affiliate for the Vegas Golden Knights and was thrust into the backup goalie position on Saturday.

During his playing days, the 5-foot-7 Canadian played for the Edmonton Oilers, Calgary Flames, St. Louis Blues and Columbus Blue Jackets and he made 254 NHL appearances in his career. His last NHL game came during the 2003-04 season before he spent some time in the Russian and German leagues and officially retired in 2014. He has since spent time as the goalie coach for the Islanders and Adler Mannheim, as well as the goaltending consultant for Hockey Canada. All of this goes to say that Brathwaite has long since hung up his skates and never expected to get back on the ice.

That idea quickly shifted on Saturday when he was called into action on an emergency basis as his team’s backup goalie. The Silver Knights’ second-string goalie Logan Thompson was ruled out and Brathwaite donned the pads in case starter Jiri Patera was to go down.

With Logan Thompson unavailable tonight, the person backing up Jiri Patera is….

Not only did he suit up, but he rocked an authentic Atlanta Thrashers mask from his playing days. During the 2004-05 NHL lockout, Brathwaite went overseas. When he came back to the U.S. two years later, he spent two seasons in the AHL with the Chicago Wolves. The Illinois club was Atlanta’s affiliate from 2001 until the organization moved to Winnipeg in 2011 and even appeared in Jermaine Dupri’s iconic “Welcome to Atlanta” music video in 2002.

Brathwaite did not get called into action, but by even suiting up, he became one of the top-10 oldest players to dress for a professional hockey game in the United States and is (unofficially) the oldest goalie. Here he is in 1992 as a Major Junior player with Detroit:

Photo of Detroit Jr. Red Wings goaltender Fred Brathwaite from the 1992-93 season. In 37 games that season, Brathwaite had a 3.67 GAA with an .890 save percentage. He also scored a goal during the playoffs that year. pic.twitter.com/PqPOZSwUuV 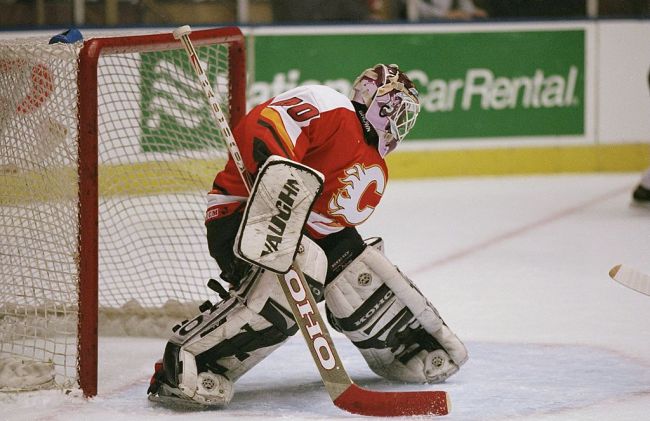 Here he is wearing the same mask with Atlanta in 2006: 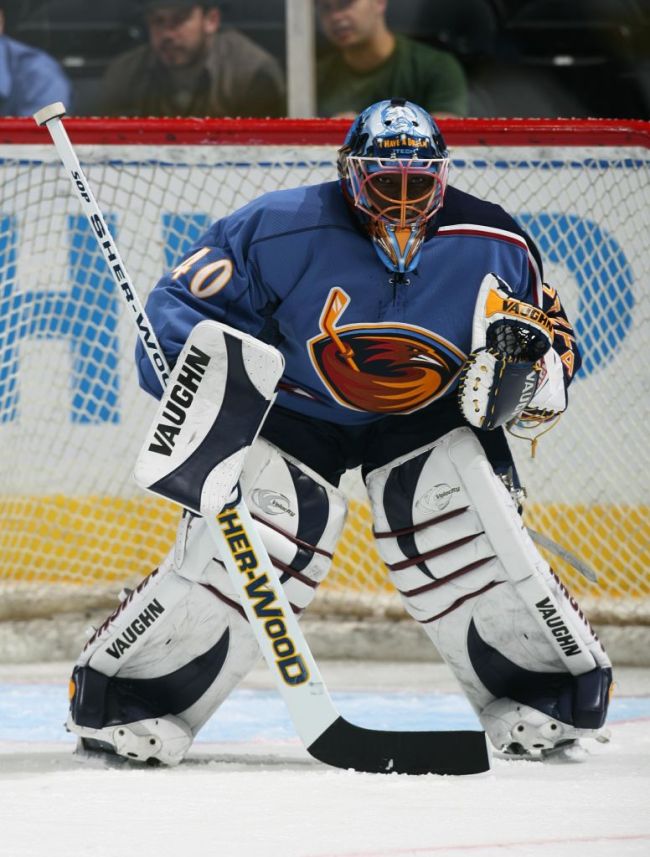 For Brathwaite to get on the ice in any capacity at 48 years old is pretty awesome, but for him to go into his closet and pull out his own mask from a team that is no longer in the NHL makes it even that much cooler.