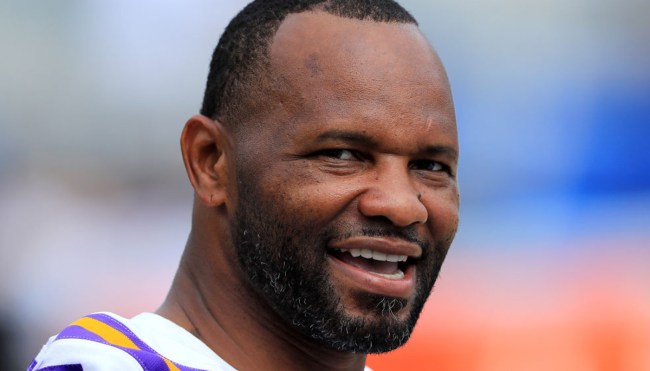 Last summer, the NCAA ushered in a new era after having its arm bent to a point where it had virtually no choice but to finally allow college athletes to make money via the name, image, and likeness deals that have fundamentally changed the landscape of college sports.

The jury is still out on just how big of an impact NIL money will have when it comes to recruiting and the overall success of programs. Many people (especially the players benefiting) view the development as a welcome change, but there have been plenty of high-profile names who’ve voiced their displeasure with a system that’s currently ripe for a fair amount of exploitation.

Prior to the shift, there were a number of pearl-clutchers (including the NCAA itself) that insisted the world of college sports would collapse upon itself if removed from the foundation of amateurism they alleged it was constructed on. However, that argument ignored one of the sphere’s worst-kept secrets: plenty of players have been getting paid for decades.

NIL deals have allowed plenty of athletes to “secure the bag,” and while that term might be a largely figurative one, the same can’t be said for some people who received literal bags filled with cash to incentivize them to take their talents to a certain school back in the day.

It appears that includes retired NFL running back Fred Taylor, who addressed a rumor that he received a bag containing upwards of $50,000 to commit to Georgia when he was a high schooler on Bussin’ With The Boys.

The Univ. Of Georgia gave Fred Taylor about $50,000 to come to their school and my man kept the $50k and went to Florida pic.twitter.com/5CboIUnQek

Taylor confirmed someone affiliated with the Bulldogs presented him with “a gang of cash” in an attempt to sway him, but in a truly Galaxy Brain Move, Taylor finessed whoever was behind the payment by keeping the money after he decided to commit to Florida to play for the Gators under Steve Spurrier.

That, my friends, is a power move.