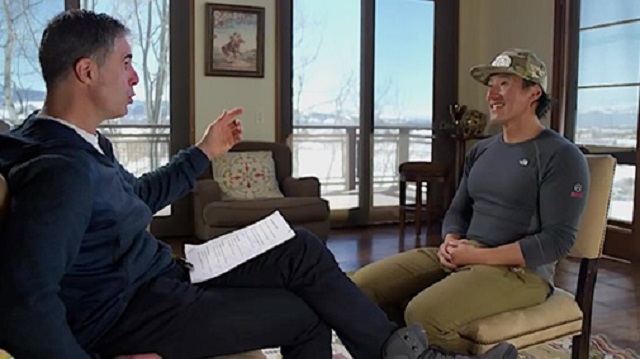 Audiences around the world were captivated not only by Honnold but were also made extremely uncomfortable by the terrifying visuals of climbing El-Cap.

Just the trailer for Free Solo makes me ill. I just don't think I can do the whole thing.

During tonight’s episode of HBO’s Real Sports which focuses on the cameramen involved in filming extreme sports, Chin reveals the immense pressure he dealt with while filming ‘Free Solo’

Jimmy Chin: I always felt like as the director/producer that I should carry the burden of shooting the spot that he was most likely to fall…

Question: What’s the burden involved there?

Jimmy Chin: The burden was seeing your very good friend die in front of you

Question: Did you think about that a lot?

Jimmy Chin I thought about it everyday for two and a half years.

You can catch a quick preview of tonight’s episode of Real Sports featuring ‘Free Solo’ director Jimmy Chin below.