The Undisputed List Of The 5 Wildest Athletes Of All Time 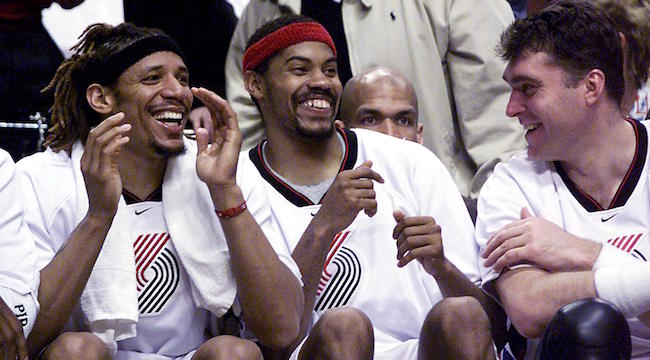 This is a tough one. No matter which athletes I put in the Top 5 wildest and funniest athletes of all time, there is always going to be someone I have to leave out. From the Gilbert Arenas’s of the world to the John McEnroe’s we have been blessed with an abundance of incredible personalities throughout sports. Guys that may not necessarily be the greatest athletes or have the ability to take over games, but guys that keep you entertained regardless of how good or bad their team is.

Here are the five funniest and wildest athletes of all time.

The fact that this guy drew an NBA record 41 total technical fouls in a single season during the 2000-2001 campaign with the Trailblazers is hysterical. Wallace came into the game to make his presence known and draw a technical within the first five minutes of him being on the floor almost every single game. He did a phenomenal job at it. A true character and legend in my book.

Artest spent 17 years in the NBA and still, nobody could figure this guy out. One minute he is smiling ear to ear and the next he is looking to bash someone’s face in. The infamous ‘Malice At The Palace‘ chaos makes Artest a sure thing for this list.

When you think of John Daly you think of an ice-cold beer, and not necessarily the two major championships he won. Which to me makes the guy an instant beauty. Daly is a personality unlike the golf world has ever seen and one that will live on forever.

This one is very debatable. Because at times Mike Tyson makes me crack up, but other times I kind of feel bad for the guy. Never in my life have I wondered what is going through someone’s head more than I have with Tyson’s. He was, and always will be a national treasure whether he is fighting in the ring or not. If only his pet Tigers could speak. I’d be so curious to hear what they think of Iron Mike.