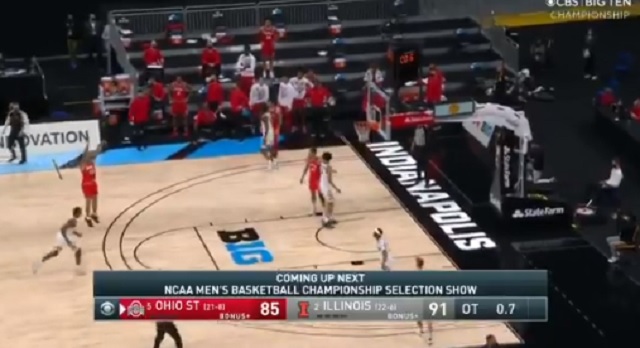 It’s March which means it’s time for gamblers to lose money in the worst ways possible during the NCAA tournament.

Unfortunately for those who bet on Illinois, they end up beating the Buckeyes by only three points after an Ohio State player hit a meaningless three-pointer at the buzzer.

Absolutely brutal for anyone with Illinois -6 🤢 pic.twitter.com/yU1oWOJNGi

Gamblers who bet their money on Illinois were absolutely sick to their stomachs.

This three cost me $500, not including potential profit. Not my worst loss by any means, but by far the worst beat. Sick to my stomach 🤮 https://t.co/UADMoSDvsm

Unreal. Rip to me. https://t.co/ZNldWXjBOx

Fml wtf is the point of this shit pisses me off losing like this https://t.co/v5J8r1L35K