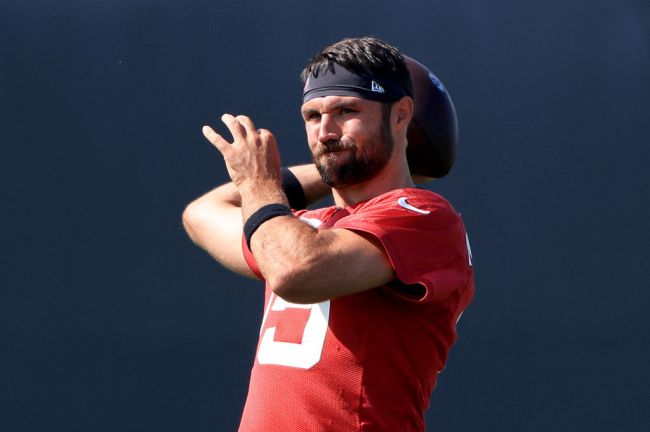 The Jacksonville Jaguars, like most of the NFL, will begin training camp on Tuesday and Gardner Minshew is intentionally constipated. The 25-year-old quarterback is choosing not to poop as a motivating tactic.

Minshew, who enters 2021 as the only incumbent signal-caller on the Jacksonville roster, is expected to be listed second on the depth chart for the season opener. No. 1 overall pick Trevor Lawrence will almost certainly be named the starter.

Despite the clear-cut decision to come, Minshew is going into camp as if it’s an open competition by preparing in unorthodox fashion. After recently cutting his mullet (proving that he means business in the front and the back), the Mississippi-native revealed his unique training regimine.

He recently appeared on Chris Long’s ‘Greenlight’ podcast and claimed that he has not pooped in weeks.

“I’ll say this man, in preparation for the competition, I haven’t taken a shit in weeks,” Minshew said. “Because number two isn’t an option for me. Number two is not an option.”

Gardner Minshew on the #Greenlight podcast with @JOEL9ONE said he is ready to compete with Trevor Lawrence during camp.

Now, Minshew is known to be quite the jokester and that could be the case here. BUT— this man once tried to break his own hand with a hammer to avoid playing in a meaningless season during college, so don’t underestimate him.

Taking him at his word, there are a few medical questions to be answered. How long can Minshew go without passing a bowel movement?

He said he has “not taken a shit in weeks.” Let’s assume that is two weeks— 14 days.

Most doctors suggest cause for concern when a person does not poop for three days. If it goes beyond a week, doctors recommend to seek assistance.

With that being said, it is possible to extend the timeline for denying defecation. In 2018, a man essentially starved himself for more than 40 days to avoid pooping out evidence in a drug case.

Assuming that Minshew is continuing to eat his normal caloric intake, things get a little dicier. In 2013, a 16-year-old girl passed away after avoiding bowel movements for eight weeks. Her enlarged bowel shifted and compressed some of her vital organs and caused a heart attack.

There is not a defined amount of time that a person could technically go without pooping, so there is no telling how long Minshew could keep this up. However, the longer he goes, the bigger the toll it will take on his health— ie: bloating, discomfort, gas, etc.

Whether his shit-less claims are true or not, you have to love his mentality. Minshew is ready!