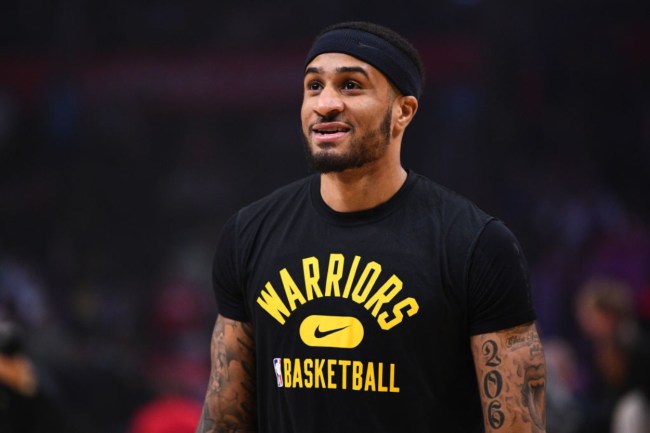 Gary Payton II showed the world that he is a man of class and respect during the Warriors‘ win over the Pacers on Monday night.

Payton II decided to catch some of the game near the stands and leaned against a barrier next to Golden State’s bench. While the move would’ve been a smooth one, he didn’t exactly pull it off as planned.

Payton II apparently didn’t see that fans had drinks sitting on the ledge, so they went tumbling to the ground as soon as he leaned against the wall. Instead of walking away acting like he didn’t see it happen or just offering up an apology, he replaced the fan’s drinks.

Gary Payton II is a man of the people 😂 pic.twitter.com/s0QAoIwHpZ

Alcoholic beverages are far from cheap at NBA games, he easily spilled $20 worth of drinks by knocking over a Truly and a beer. Good on him for replacing the drinks. Plus, it’s not like he actually spent money to replace them, the two new drinks were most definitely on the house. The Warriors aren’t going to deduct $25 from his game check for two beers.

Golden State ended up beating the Pacers 102-100 while Payton II finished the night with three points, a steal, and one block in nine minutes of action.