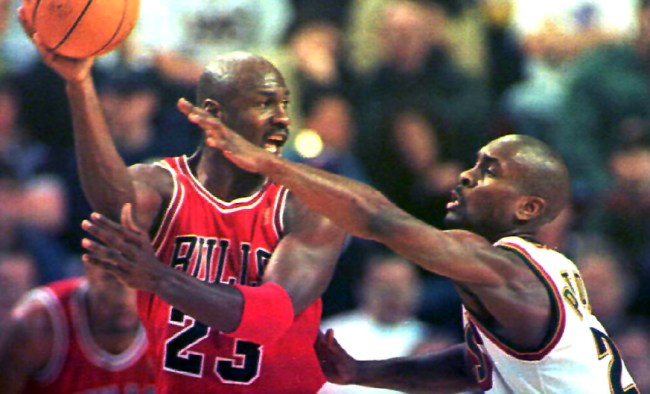 One of the many terrific scenes that played out on the ESPN documentary The Last Dance about Michael Jordan and the 1997-98 Chicago Bulls was when His Airness watched a video of former Seattle Supersonics guard Gary Payton say how he was going to shut MJ down in the 1996 NBA Finals if he had been allowed to guard him the entire series.

You know the scene.

That GIF will never not be amazing.

At that point you can’t hear what Payton was saying because Jordan was completely cracking up.

During a recent appearance one The Opinionated Podcast, Payton addressed Jordan having a good laugh at his expense. It went pretty much how you’d think Gary Payton would react to MJ’s complete lack of respect for him.

“Oh you know I was hot! I was thinking about calling him at the time!” admitted Payton. “But you know what, that’s what I expect out of Mike, because I would have said the same thing. I’m not going to admit to nothing, I’m not going to admit to someone that D’d me up. I will always tell you at any time in my career, nobody gave me problems but one person and that’s John Stockton to me. So you know that is just the way the game goes.” 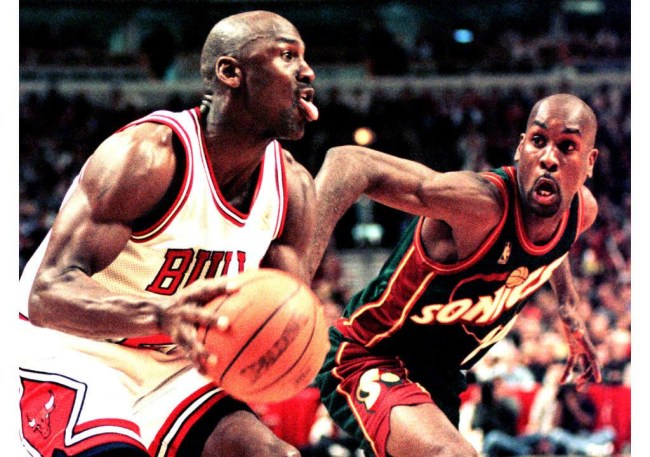 “I’m not mad at Mike, because Mike didn’t have too many games that somebody D’d him up. He always was dominant but I think me and [Pistons point guard] Joe Dumars were a thorn in his side, I really do think that. And I’m glad he said that because I wouldn’t expect nothing else from him. I don’t expect nothing else from Michael Jordan. Michael Jordan is Michael Jordan, that’s why we talk about him, that’s why we see a 10-week, Last Dance on him, because that’s just the way it is.

“He is the guy that we’re all talking about as the greatest basketball player that ever played and that’s fine and I don’t expect nothing less from him.”

Payton knows of what he speaks. He learned that lesson during his rookie season in the NBA.