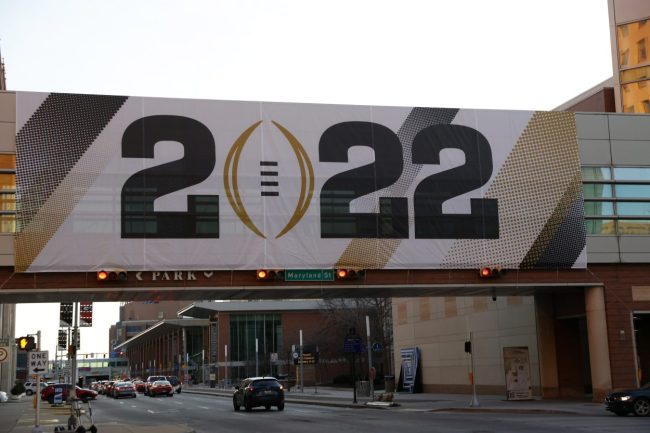 With the 2022 College Football Playoff National Championship less than 72 hours away, Georgia is on the ground in Indianapolis. The Bulldogs arrived to the host city on Friday night, but did so with a lack of style.

As the team was leaving Athens, fans lined the streets to cheer on their local university. With a police escort leading the way, Georgia followed the flashing lights to the airport on five different buses.

Rather than arriving on coach buses, or team-branded charter limo party buses, the team showed up on single-decker shuttle buses. They drove together on buses that the students would take to get to/from class, or around town. Like the ones that drive around all day moving students without cars on campus to the bookstore, or to the dining hall.

Whether it was an effort to save a couple of dollars on transportation, or if it is standard for the Bulldogs, it is embarrassing. Especially for a one-loss, top-two program headed to the National Championship.

Meanwhile, here is how Alabama traveled to the airport on Friday afternoon. They drove coach from Tuscaloosa to the airport. They also had a much bigger police escort.

The Alabama Crimson Tide is headed to the airport to fly to Indianapolis for the #NationalChampionship game against Georgia! #RollTide pic.twitter.com/RBa6LB1Ilg

Meanwhile, the Bulldogs are piling into rinky-dink commuter buses. The only way it could be worse is if every player didn’t have a seat and some were forced to stand in the middle while holding onto a pole. Tough look for UGA.