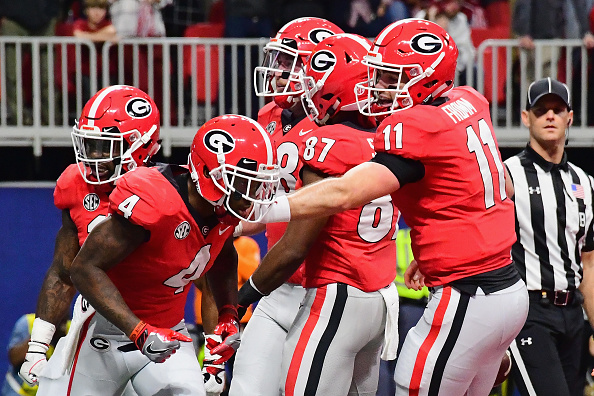 The college football playoff semifinals have been an absolute bloodbath. Not only did Notre Dame get blown out by Clemson but Oklahoma is getting absolutely crushed by Alabama 31-10 at the half.

During both games, players of fifth ranked Georgia Bulldogs, the team that barely missed the playoffs after losing a close game to Alabama in the SEC championship, took to Twitter to mock the CFB playoffs for leaving them out as two teams picked ahead of got beat down.

“The best 4 should get in” #exposed

Well today was "interesting" to say the least…

Former UGA players also got in on the action.

Ya Norte Dame and Oklahoma were good selections…. #GoDawgs

Clemson basically had a first round bye 😂🤷🏾‍♂️