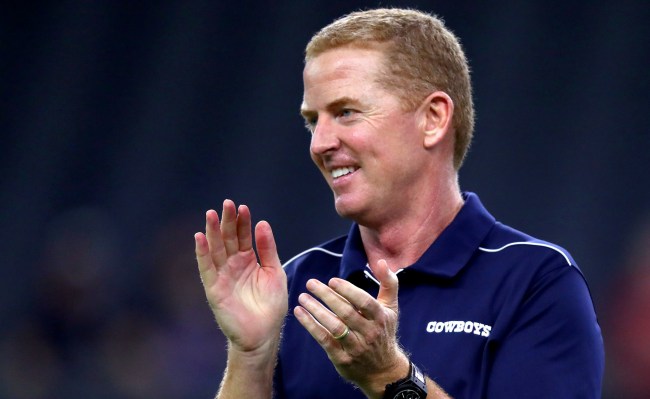 That goes double for many diehard fans of the Cowboys’ division rival New York Giants.

Garrett, who started his NFL coaching career as the quarterbacks coach for the Miami Dolphins in 2005, served as the Cowboys’ offensive coordinator from 2007 to 2010. He continued to call the offensive plays for Dallas after taking over as head coach until 2012 when he handed over play-calling duties to Bill Callahan, Scott Linehan, and Kellen Moore.

With Garrett as the Cowboys offensive coordinator, the team went 47-33, so he might actually be a decent hire for an NFL team looking for a change on offense.

The Giants just hired Joe Judge to be their head coach, a man who who has never held a coaching position higher than special teams coordinator and wide receivers coach, so an experienced coach like Garrett might be just what he needs.

Plus, Garrett would certainly be motivated to win those two matchups with the Cowboys each season.

None of that matters to many Giants fans. They don’t want him on their team’s coaching staff. At all.

I know. I don't wanna talk about it. I'm a shell of my former self. Maybe I embrace running on 2nd and long and pretend like it's the o-line's fault when they don't win. Maybe I'll start referencing rushing totals as to why teams make the playoffs. Sigh.

I was having a great day.

Not all Giants fans hate the idea, however.

I would not let him leave that building,,, he’s got enough experience to back up Judge

Jason Garrett is in the building! I like him as an OC for the Giants - he has an insane amount of knowledge and experience as a head coach, which would go a LONG WAY with Joe Judge.

They need some experience in there, and Garrett focused on the offense could be good. #giantschat

Would actually be a good move

This I like, didn’t want him as HC, but he could be the veteran coach Judge needs & would be very good for Jones

I like it! He was a good coordinator just needs some balls sometimes. Plus Intel from the cowboys. And he's a really good person too...

There’s no way the Giants don’t hire him, right?