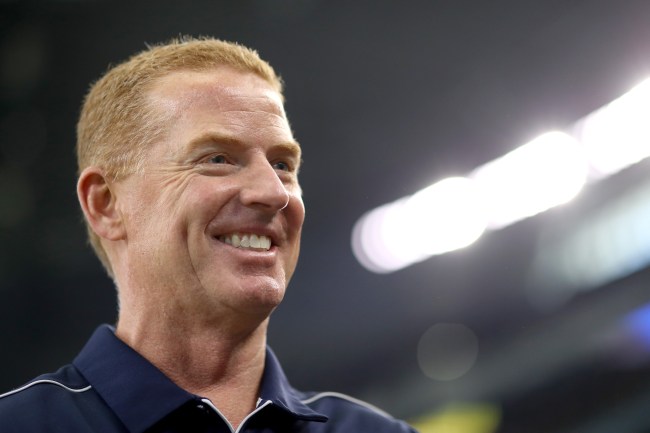 Early this morning Yahoo Sports reported that the Baylor head coach was finalizing a deal with the Panthers.

Baylor coach Matt Rhule is finalizing a deal to become the next coach of the Carolina Panthers, sources told Yahoo Sports.

Rhule emerged as one of the most coveted coaches in the NFL in the past few seasons, and chose the Panthers over significant interest from the New York Giants and other teams.

Rhule led Baylor on one of the most impressive turnarounds in recent college football history. The Bears went 11-3 this season after going 1-11 in Rhule’s first season in 2017. Rhule led Temple to back-to-back 10-win seasons in 2015 and 2016, establishing himself as one of the top pro-style coaches in the collegiate ranks.

According to the NY Post, former Cowboys head coach Jason Garrett is the team’s “fallback option” if they struck out on Rhule.

There is a clear front-runner for the Giants’ head coaching job, even though he hasn’t yet interviewed for the position.

If Matt Rhule is not signed by the end of this week, something has gone very wrong with the Giants’ replacement plan.

Jason Garrett, recently (and finally) out of the picture with the Cowboys, is a fallback option the Giants will consider — but only if things go sour with Rhule, The Post has learned.

Update: The NY Giants have hired Pats Joe Judge as their next head coach but are interested in hiring Garrett as offensive coordinator

New York Giants are finalizing a deal to make Patriots’ wide receivers coach Joe Judge their next head coach, league sources tell ESPN. Deal was in the works as of last night, which is another reason Matt Rhule took the Panthers’ HC job.

The #Giants have requested permission to speak with former #Cowboys coach Jason Garrett, sources tell me and @MikeGarafolo. He’s still under contract in Dallas until Jan. 14, so permission is required.

NY Giants fans didn’t take the news of Garrett potentially getting hired by the team too well.

Jason Garrett will be an option if the Giants can’t land Rhule. #WHATISGOINGON pic.twitter.com/wNLo8964yZ

When your team might hire Jason Garrett because they refuse get rid of Dave Gettleman. pic.twitter.com/ubTMRBicAz

So much for the Giants being a premier NFL coaching job anymore. It’s laughable. You can thank the lack of the front office and ownership.

I have a funny feeling it’s gunna be Jason Garrett now.

“Jason Garrett has been named the next head coach of the New York Giants”pic.twitter.com/mGtE6muwtv

Jason Garrett looks to be the Giants next head coach now. You can thank Gettleman and those who brought him back for deterring good candidates to take the job.

Good luck with that backlash @Giants. You deserve every bit of it.

You fucked up beyond belief here. #GIANTSPRIDE

We’re fucked. If they hire Jason Garrett I might need to transfer to a different team because that’s the ultimate dumbass move. Lordt. Pray for us Giant fans🥴😩 https://t.co/o2cZceN42d