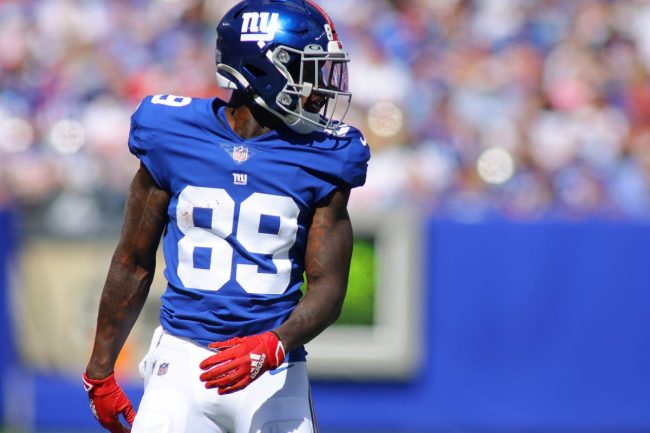 There was some noise this offseason surrounding Kadarius Toney’s standing with the Giants. Most of that noise was negative.

There were reports that the wideout was unhappy with the team, an issue that stemmed back to his role within the offense during his rookie year. There were also rumors that the Giants were looking to trade their first-round pick after just one season in New York.

It appears that those talks have died down.

On Thursday, though, we got even more affirmation that the two sides are happy heading into the 2022 campaign.

The Giants were heard warming up to Kadarius Toney’s music today at their training camp session. You can hear the rap music blasting across the loudspeakers as the team preps for practice.

Toney’s stage name is Yung Joka, and he’s got a following both on and off the football field.

The latest act certainly shuts down any negative commentary regarding Toney and the Giants, and it had fans talking on social media.

It’s becoming quite clear that the Giants do not, in fact, hate Kadarius Toney.

(Toney is the artist) https://t.co/a4piLZNv6j

Love to see this! They are really embracing Toney. https://t.co/SAW8Gwz5YM

Not them bumping that Yung Joka 😂 I know that's RIGHT! https://t.co/oo04rmGUhU

Toney will look to build on a productive rookie season. With a big year, you might start hearing Yung Joka blasting throughout MetLife Stadium.