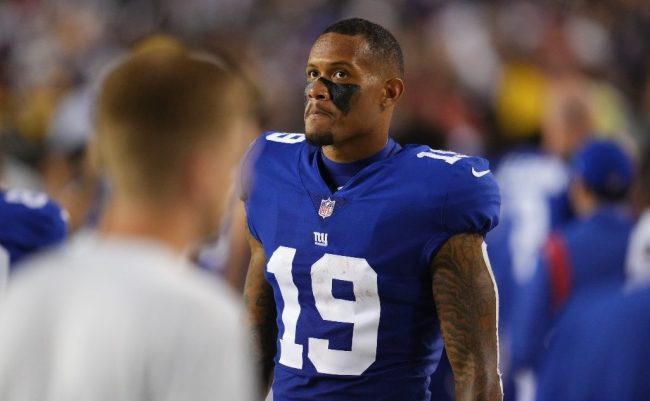 Last offseason, the New York Giants dished out a massive four-year deal worth $72 million to wide receiver Kenny Golladay. He’s entering just year two of that contract but his time in New York has been rather shaky. Now, head coach Brian Daboll weighs in on his star receiver and it’s a bit eye-opening based on what we’ve seen from Golladay so far.

Of course, a good coach is going to talk highly of his players no matter what. However, Brian Daboll’s claims are a bit bold based on what we’ve seen from Kenny Golladay this offseason. According to Kevin Patra, the Giants’ head coach states:

Golladay has been rather volatile throughout the preseason. There are instances he looks solid. However, considering the Giants paid him $72 million, it’s not happening enough. Fans are growing concerned after seeing their star receiver show a lack of effort on the football field.

He struggled with only 37 catches in 14 games last year and now plays on the 3rd pre-season game with the backups and this is the type of effort he's giving.pic.twitter.com/p7Ryq8kFdz

We’ll see how the season plays out. The Giants head coach seems hopeful that his star receiver will bounce back. However, there are a ton of red flags surrounding the situation. Look for Brian Daboll to do everything possible to get Kenny Golladay going early in the 2022 season. If not, then it could spell trouble for New York.