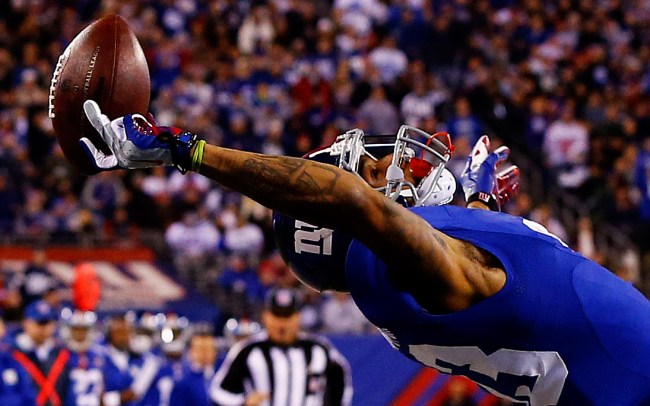 Cleveland Browns fans were, to put it mildly, overjoyed this week to learn that their team had acquired wide receiver Odell Beckham, Jr. in a trade with the New York Giants.

Heck, one Browns fan celebrated the trade so hard that someone called the cops on him.

On the flip side, Giants fans… well… they weren’t nearly as happy with the trade. And whoever is running the Giants Twitter account knew it.

Just two minutes after they were allowed to do so, the Browns’ Twitter account posted about the trade for Beckham. They could hardly wait to share the news with their fans.

Meanwhile, the Giants, who actually didn’t do horribly in acquiring Jabrill Peppers, Kevin Zeitler, and a first and third-round pick for Beckham, waited 40 minutes to let their fanbase know about the trade.

By then, though, everyone with even a passing interest in the NFL already knew about the deal, and so when New York failed to mention exactly WHO they traded to the Browns to get those players and picks, Giants fans absolutely let them have it with both barrels.

The #NYGiants have acquired Kevin Zeitler, Jabrill Peppers and a pair of draft picks from the Cleveland Browns (pending physicals).

You have to admire the stones whoever posted that tweet has, knowing full well that leaving Beckham’s name out of it would result in mass hysteria from the team’s rather rabid fans.

Curious to see who you guys are giving up. Will stay tuned.

GO FUCK YOURSELVES. FUCK DAVE GETTLEMAN AND FUCK JOHN MARA. WHAT A TERRIBLY RAN FRANCHISE... I’M AT A LOSS FOR WORDS. Meanwhile, my Odell Beckham Browns jersey will be in the mail shortly. Sorry that you will now lose out on my money and I will not attend a single game this year.

Mention who you traded away, Cowards

Did we trade Dave Gettleman too?

The Giants’ front office is definitely going to need some salve for all of those burns.