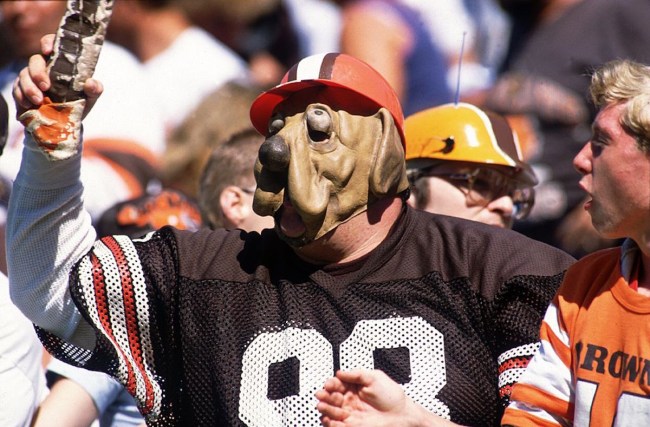 Earlier this week, the Browns stopped being the punching bag of the NFL and transformed into possible Super Bowl contenders when they were on the winning end of a blockbuster trade with the New York Giants that sent Odell Beckham Jr. out to Cleveland—a trade that not even Madden would approve

The Giants initially scoffed at the mere idea of shipping out their star wide receiver, but when they actually did, they were on the receiving end of a fair amount of scorn from the New York City tabloids in addition to Game of Thrones author George R.R. Martin, who absolutely tore into the team for executing the deal.

Giants fans don’t have much to be excited about—the team itself is acting as if the trade never happened—but the same can’t be said for Browns supporters, who were absolutely ecstatic to hear about the acquisition—including one guy who may have taken things a little too far.

According to ABC 5, an extremely excited fan took to the streets to scream in joy after hearing about the deal and one woman was so concerned about his reaction that she called 911 to report the disturbance.

The Shaker Heights Police Department described the incident in a Facebook post and it seems like everything turned out pretty well for everyone involved when everything was said and done.

I can totally relate to this guy because I did the exact same thing when the Red Sox broke the Curse of the Bambino back in 2004 but managed to do so without having the cops called on me.