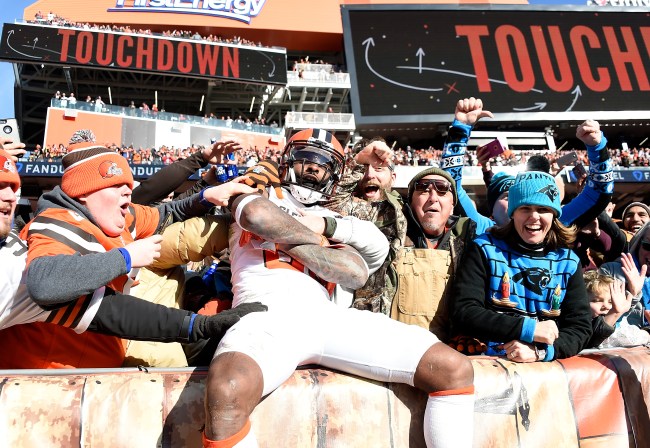 The New York Giants are NYC’s team, at least within the five boroughs. Jets fans are everywhere, sure, but the Giants have always been the marquee team and even more so given their two relatively recent Super Bowls with Eli Manning.

The Giants faithful of New York was in full meltdown mode last night after news broke that OBJ had been traded to the Cleveland Browns. The Giants will receive a 1st Round Pick (#17 overall), a 3rd Roung Pick, and Jabrill Peppers. The Cleveland Browns receive one of the most electric wide receivers in the NFL and a bonafide superstar.

This trade is so lopsided that it was immediately and automatically rejected in Madden, but it was apparently enticing enough for the New York Giants who now look like they’ll be a complete punching bag in the NFC East next season.

There’s a rich tradition in the New York media of cleverly over-the-top headlines on the pages of tabloids in moments like this so I thought this morning would be a great time to look at how the NYC media is reacting to the OBJ news. In short, it appears to be a full meltdown. That, or they’re just throwing gasoline on the flames because they know Giants fans are livid today.

After the OBJ trade, and a slew of others, the Cleveland Browns are now 14/1 to win the Super Bowl and 7/1 to win their conference next season which is ABSOLUTELY UNFATHOMABLE given how dysfunctional that organization has been for so long but it’s also amazing to see Browns fans finally have something to root for.