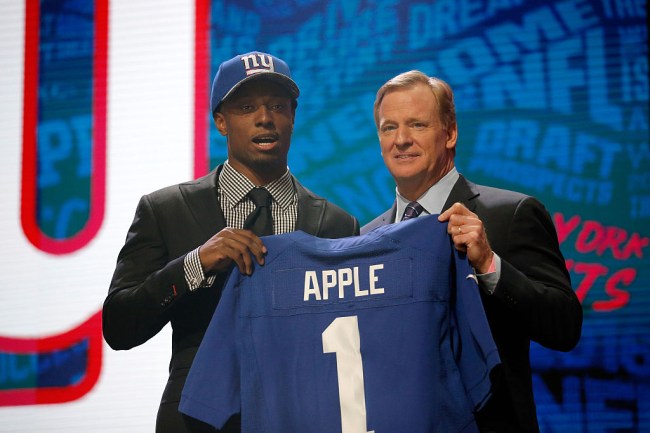 Eli Apple is having an awful day. Earlier today, we brought you the news of teammate Landon Collins calling Apple a ‘cancer’ and claiming he needs to grow up. Oh, and then there was Eli’s homeless brother blasting their mother for Eli’s declining production on the field.

All bad things come in threes. It has been reported by Ian Rapoport that Eli Apple’s second season in the NFL is over.

The #Giants have suspended CB Eli Apple. His 2017 is over.

A statement released by the Giants today claims that the organization suspended Eli because of conduct “detrimental” to the team.

“We have suspended Eli for a pattern of behavior that is conduct detrimental to the team,” general manager Kevin Abrams said.

The suspension came two hours after Apple offered up an interesting excuse to abort a media session about his thoughts on Collins’ comments.

“I gotta take a shit,” he said, in front of both male and female reporters. He laughed while walking away.

NFL Network also reported that the 22-year-old had refused to take the field with the scout team during Wednesday’s practice.

Hey, the good news is that Landon Collins apologized for calling his teammate a terminal disease.

I met with Coach Spags and Eli this morning and I apologized for the things I said yesterday. I never stop supporting my brother/teammate Eli and the rest of my teammates as we move forward. Just want him to know I'm always here for him 💯@EliApple13