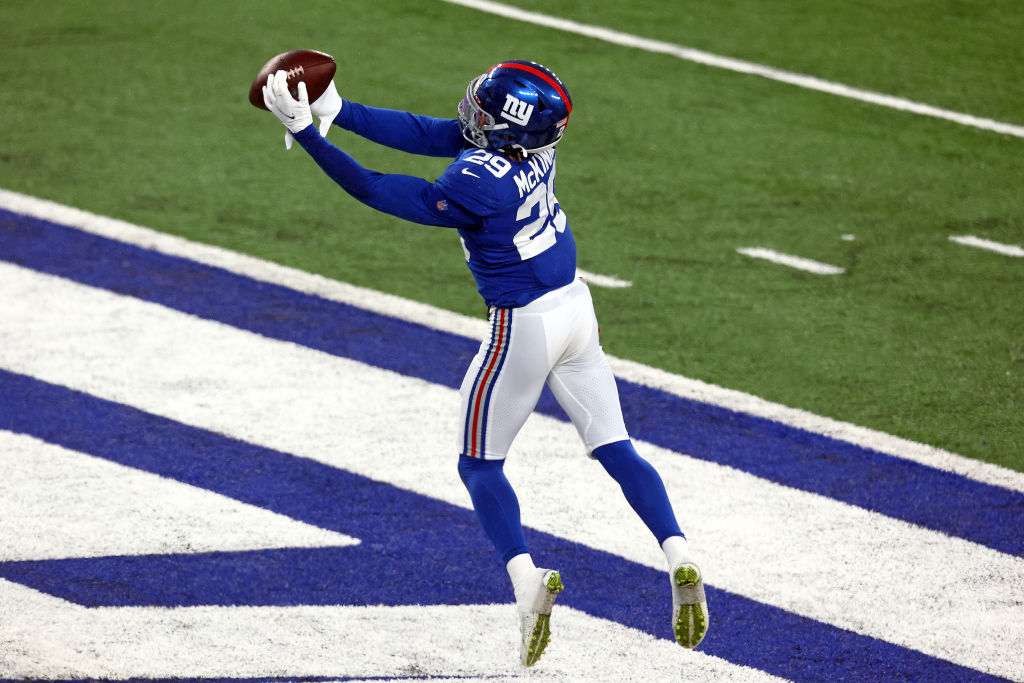 Revenge is a tweet best served cold. Colder than Skip Bayless‘s takes, especially in regard to assessing NFL talent.

McKinney pulled in his first NFL interception in Sunday’s win against the Dallas Cowboys.

McKinney picked off Andy Dalton in the end zone with 1:24 remaining in the game to seal the win and knocked the Cowboys out of the playoffs.

After the game, McKinney retweeted an old Bayless from April 2020 when the FS1 host said he was glad the Giants took McKinney so the Cowboys didn’t draft the former Alabama star.

McKinney has likely been saving the link to that tweet on his phone for just such an occasion.

The long offseason will now give Skip plenty of time to focus his attention on Mike McCarthy’s awful coaching job in the final game.