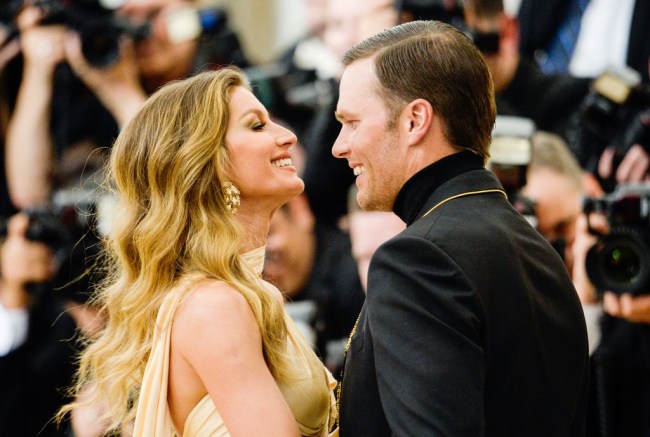 For a decade now, Tom Brady and Gisele Bundchen have been the exemplary celebrity couple–good looking, family-oriented, neither has checked into rehab, and also good looking. The two met after being set up on a blind date by a mutual friend in December of 2006, got married in February of 2009, and have created two healthy children since. It’s unknown how many divorces Tom and Gisele have caused by setting unmanageable #relationshipgoalz, but I’d be willing to wager it’s non-zero.

But things haven’t always been so hunky-dory in the Brady-Bundchen household. Just two months into their relationship, in early 2007, Brady was forced to break the news to Gisele that he was expecting his first child with ex-girlfriend Bridget Moynahan.

In her new memoir, Lessons: My Path to a Meaningful Life, the world’s most successful supermodel relived hearing the news of hearing about the birth of now 11-year-old John Edward Thomas or “Jack.”

“Two months into our relationship, Tom told me that his ex-girlfriend was pregnant. The very next day the news was everywhere, and I felt my world had been turned upside down,”

“It wasn’t the ideal situation for anyone — there’s no manual to prepare you for that,” the Brazilian-born model told People. [via New York Post]

“But I’m so grateful for [Bridget]. I know this was hard, but I couldn’t imagine my life without [Jack]. I call him my bonus child.”

In the memoir, Gisele also described what character traits of husband Tom Brady’s she adores the most. As transcribed by USA Today:

Tom “is someone you can count on. It’s a quality I hadn’t experienced in any of my other romantic relationships. I love my husband – and most of all, I trust him. With Tom, who provides our family with a stable foundation, I’m able to create a home.“

She says they also “complement each other,” adding, “My husband is rational, analytical, and a man of few words. I’m emotional, intuitive, changeable, and a woman of many words. I’ve learned a lot from Tom.”