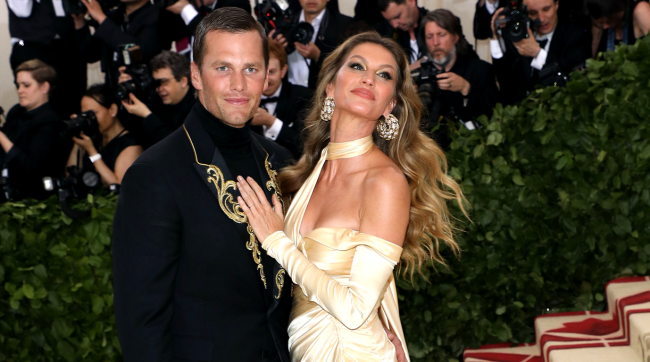 Did Gisele Bundchen throw some subtle shade with her comment on a recent social media post by author and former Hindu monk Jay Shetty?

Shetty recently shared a quote which read, “You can’t be in a committed relationship with someone who is inconsistent with you. Read that again.”

The author also added in the caption of the Instagram post, “Love is a daily effort. Some days it may come easier than others and that’s OK, but what should always stay consistent is the respect and admiration you have for your partner’s values and goals.”

Not only did Gisele “like” Shetty’s quote post, she also dropped a prayer hands emoji in the comments section.

Bundchen is one of the most famous figures in the world. She’s basically lived in the public eye for over two decades. She’s a savvy businesswoman who has amassed an almost half a billion dollar fortune. So nothing she does on social media is not calculated. There is no way she wasn’t aware that her comment would get noticed.

It would be shocking if that was not a shot at her estranged husband Tom Brady. But was it a response to something he did or said? It certainly could be perceived that way.

Was Gisele Bundchen’s comment a response to something Tom Brady said on his podcast?

Brady also spoke about how he maintains his mental health and in the process dropped some subtle hints about he feels about his life these days.

“I think there’s an intense amount of stress that we all deal with and how do you relieve stress so that you’re not inflicting so much damage on yourself through kind of stress response,” Brady said. “So something I’ve always continued to try to work at and it’s obviously a challenge for me and different forms of, whether it’s physical therapy or you know mental therapy, all those things I’ve I’ve definitely done over the years.

“Taking care of your body, but taking care of care of your mind is really important and I think there was a part of us where we felt like, suck it up and deal with it, and I think you realize that there’s a lot, especially in today’s day and age with how fast things are happening in life for all of us, and the amount of responsibilities we have,” he continued.

“And also I think there’s part of us that are held to a certain standard that we’re almost inhuman, where, you hear this a lot, from people that say, ‘you know, I’m only human.’ We are only human. We’re not inhuman. We’re not immune to a lot of the things that just life brings us, so, we’re not robots.

“You wake up every day trying to do the best you can do and understanding that life has its stresses and to deal with them with a great support system and understanding and having some introspective in your life where you can look at yourself and say, ‘where do I need to commit my time and energy to and how can I lessen some of the stress and lessen the burden on me so that can be good for people around me?'”

Sounds like alleged white witch Gisele Bundchen isn’t the only one who could use a trip to the spiritual healer.