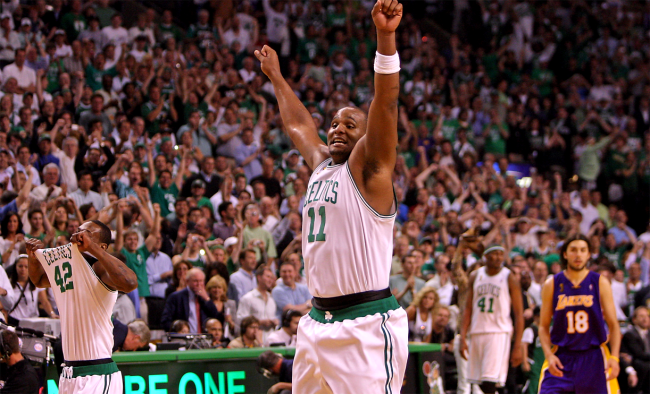 36-year-old Glen “Big Baby” Davis last played in the NBA in 2015. Since then, he played for one season with a now defunct Canadian professional basketball team, the St. John’s Edge and another short stint with team Power in the BIG3 league.

Other than that he has spent some of his time taking shots at Kyrie Irving or being arrested and charged with defrauding a NBA healthcare plan out of millions of dollars.

Now, however, Davis appears ready to step back into the sporting arena. It’s just not a basketball arena. (The last time he did that it didn’t go very well.)

According to NBA insider Shams Charania, “8-year NBA vet Glen “Big Baby” Davis is targeted to be part of Jake Paul’s PPV event on Aug. 13, per sources. Paul’s Most Valuable Promotions was working on Davis-Larry Sanders, but is now evaluating new opponent due to Big 3 commitment for Sanders.”

Larry Sanders, 33, played five seasons for the Milwaukee Bucks and five games for the Cleveland Cavaliers between 2010 and 2017.

The fact that Charania’s report said Jake Paul’s promotional company is looking for an opponent led to all sorts of suggestions and speculation on social media.

Have him fight Kendrick Perkins

Give me Big Baby vs Adam Morrison. https://t.co/dqNS9Q4VUn

All solid suggestions, but it appears that Jake Paul has other ideas. That or he just watched the first Ice Wars event.

Any NFL or NHL players willing to step in the ring with Big Baby? https://t.co/uqmjXSEBOa