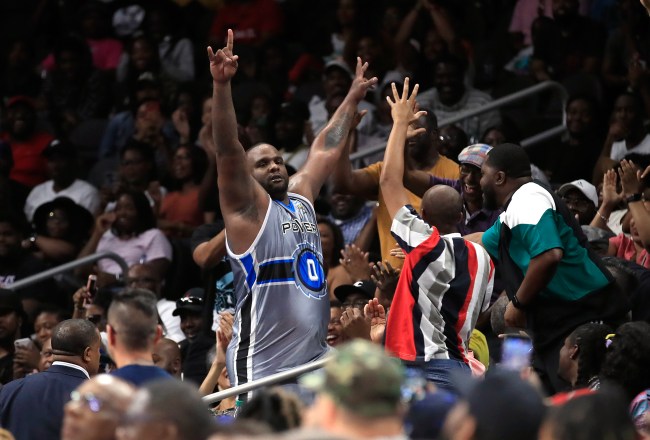 Glen “Big Baby” Davis content is the content I’ve been longing for ever since the 33-year-old bowed out of the NBA in 2015. No longer do we hear about the portly character destroying a hotel computer at a Florida motel. Or going ballistic on Austin Rivers for calling him “constantly out of shape” and claiming he didn’t know the plays. Or whatever this was:

Welp, the NBA champion has put himself back on the map while playing in the BIG3 league this past weekend.

After being racking up his second technical foul for swearing at a referee for making a soft call, Davis, a co-captain for team Power, was ejected from the game.

Davis’ dismissal lead to his previously undefeated Power team losing focus and ultimately being beat 50-43 by a winless Trilogy squad.

Big Baby Glen Davis stripping down after he got ejected is one of the funniest moments in @thebig3 history so far 🤣 pic.twitter.com/jv2RAQYmLS