Golden Tate Reenacting The ‘Jerry Maguire’ ‘Show Me The Money!’ Scene Is A Pleasant Distraction From The Giants Overpaying Him 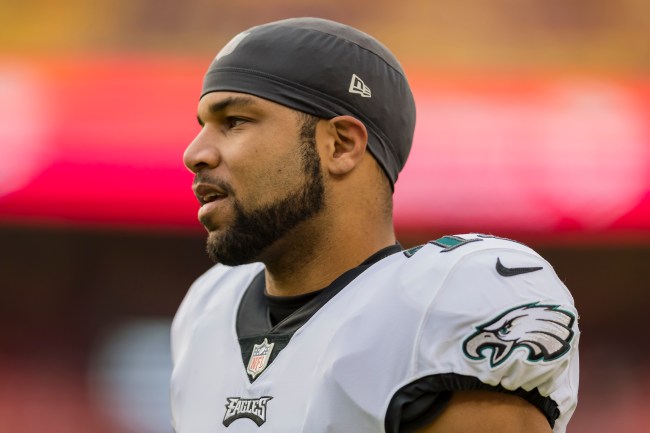 On the heels of trading away arguably the most exciting and dynamic player in the game, the Dave Gettleman and the New York Giants agreed to a four-year, $37.5 million deal with Golden Tate on Thursday, with $23 million of that in guaranteed money.

Tate finished with 74 catches for 795 yards and four touchdowns in 15 games with the Lions and Eagles last season, with the Eagles struggling to maximize the skills of a receiver who had 90+ catches in each of his previous four seasons with Detroit and eclipsed 1,000 yards three times.

While Tate still has plenty in the tank, detractors of the signing may gripe with the fact that the Giants gave up Odell for an aging slot receiver coming off his worst season since 2012. The signing also demonstrates that the Giants are in no way committed to rebuild.

The former Super Bowl champion, who said back in January that his time is “limited” and wants to play for a contender, is evidently super happy about going to an organization that has proven it has no vision for the future.

I gotta give it to him, though. This reenactment of the ‘show me the money!’ scene from Jerry MaGuire is spot on.

In the movie, Cuba Gooding Jr.’s Tidwell inked himself a three-year deal from the Cardinals worth $1.4 million. Tate will make that in the first half of his first game.