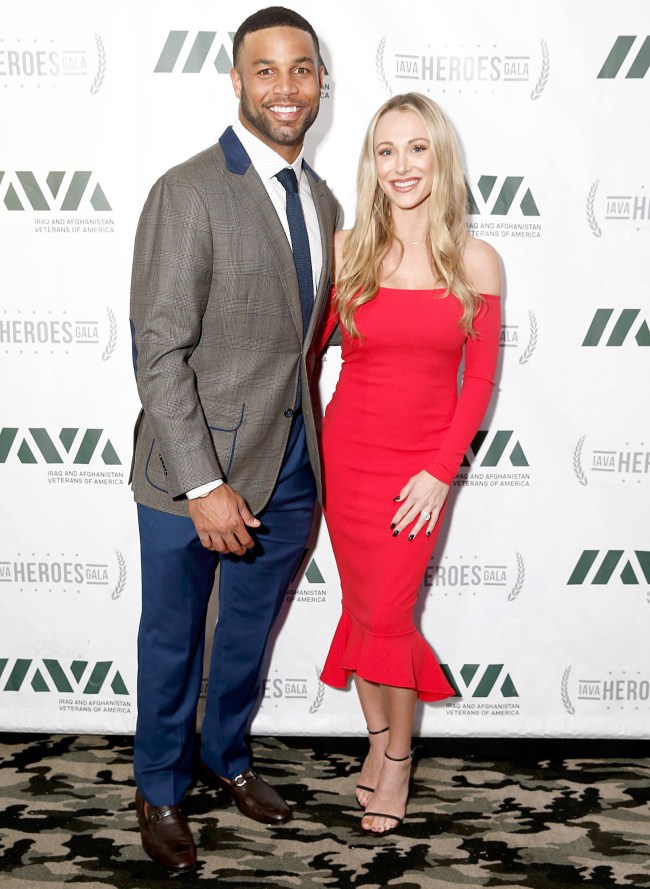 We have almost reached the halfway point of the 2020 NFL season and some players are starting to get a little restless with their roles.

Antonio Brown’s cousin Marquise “Hollywood” Brown ripped the Ravens for not throwing him the ball enough after the team’s loss to Steelers.

On Sunday, another wide receiver, Golden Tate of the New York Giants also expressed some frustration after scoring a touchdown, yelling into the camera, “Throw me the ball!”

WR Golden Tate is a player the Giants are trying to move. The money (still owed almost $4.5M this year) could be prohibitive.

But Tate’s role with Giants has been shrinking (54% of snaps on Monday night). Only 5 targets past two weeks. Frustration growing?

“Throw me the ball!” pic.twitter.com/pZ85vmiyue

He apparently isn’t the only one in his family who thinks the Giants need to target him more than six times he’s been thrown the ball in the past three games.

Tate’s wife Elise is also angry about it and absolutely went off on the Giants on her Instagram story for not throwing the ball to her husband enough this year, reports the New York Post.

“HE NEEDS TO BE FED THE BALL,” Elise wrote in all-caps. “Period. Watch the film. He always comes down with the ball.”

She continued, “I’m lit. 11 years in the NFL I’ve never said something like this online, but it’s excruciating to watch and killing his stats this year but you can’t have yards on a few to no targets. He’s CRAZY making the most of what comes his way that’s for sure.”

Elise Tate also said her husband “was open the entire game” and added, “Golden is always a team player and wouldn’t never [sic] say this. I can’t watch such a playmaker be under utilized.”

Wow DR! We were first timers and we will DEFINITELY be going back and next time bringing our babies. We stayed at Casa De Campo, a 7000 acre resort, private, secure with so much to do you don’t have to leave the gates (but we did to go on excursions and highly recommend doing that too)! The service was world class, the food (and y’all KNOW I am so picky about food, g and I don’t even like going out much bc hubby always would rather have me cook), but the food was top of the line. The beaches, the water, SO warm don’t get me started- golden and I went down to the beach and just laid in the shallow water for hours one night talking and hanging out – it’s rare you can just “hang in water” without getting cold!! Overall we were highly impressed with the country, views, people, service and the resort layout that had all types of pricing options from hotel rooms, to villas, to estates on the world rank golf course. Appreciate everyone’s recs on what to do while here – everyone was right!! Too many good things to say about Dominican Republic. We’ll be back! Also- my Golden in the golden hour is my fav! 🤤 @godomrep #ad

She also said that Golden didn’t put her up to saying these things, “He’s gonna kill me for saying all this so I’ll [probably] have to delete this soon so until he sees it … and his teamplayer self, gonna make me take this down.” 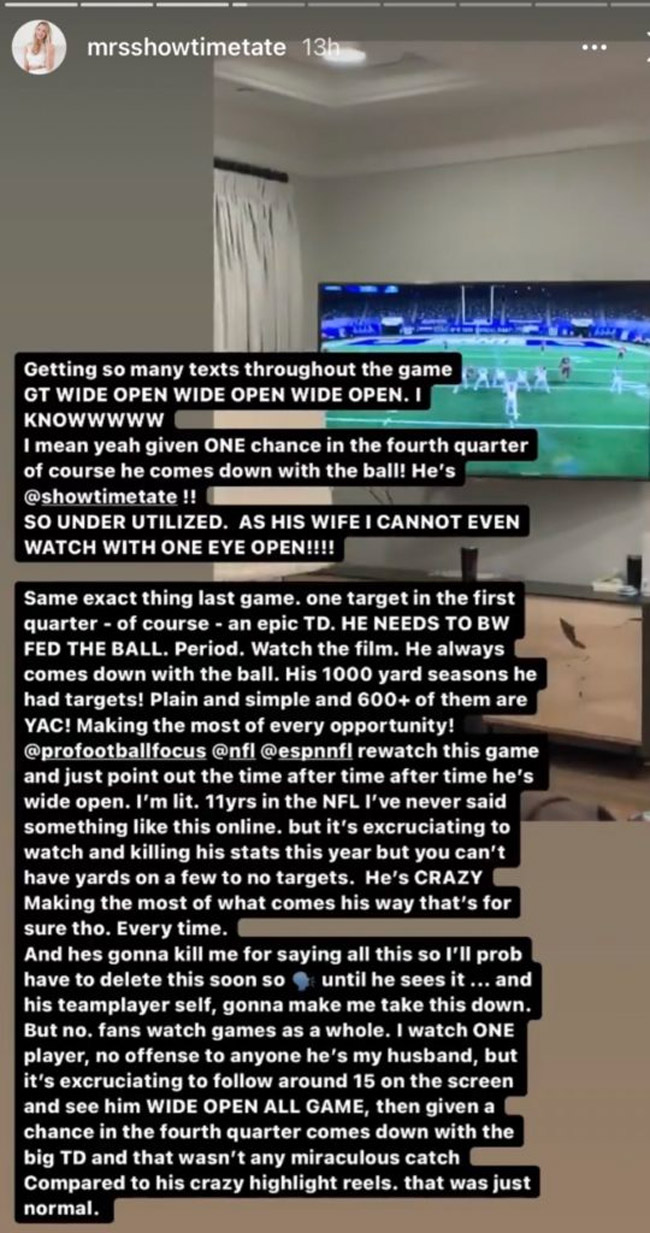 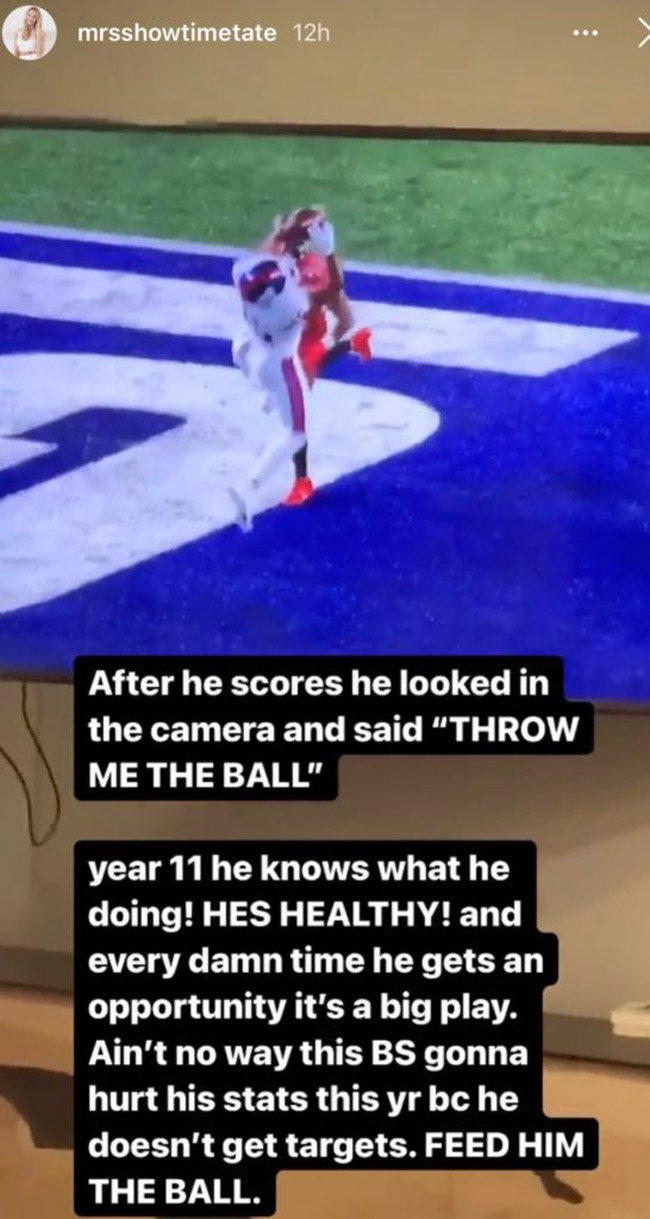 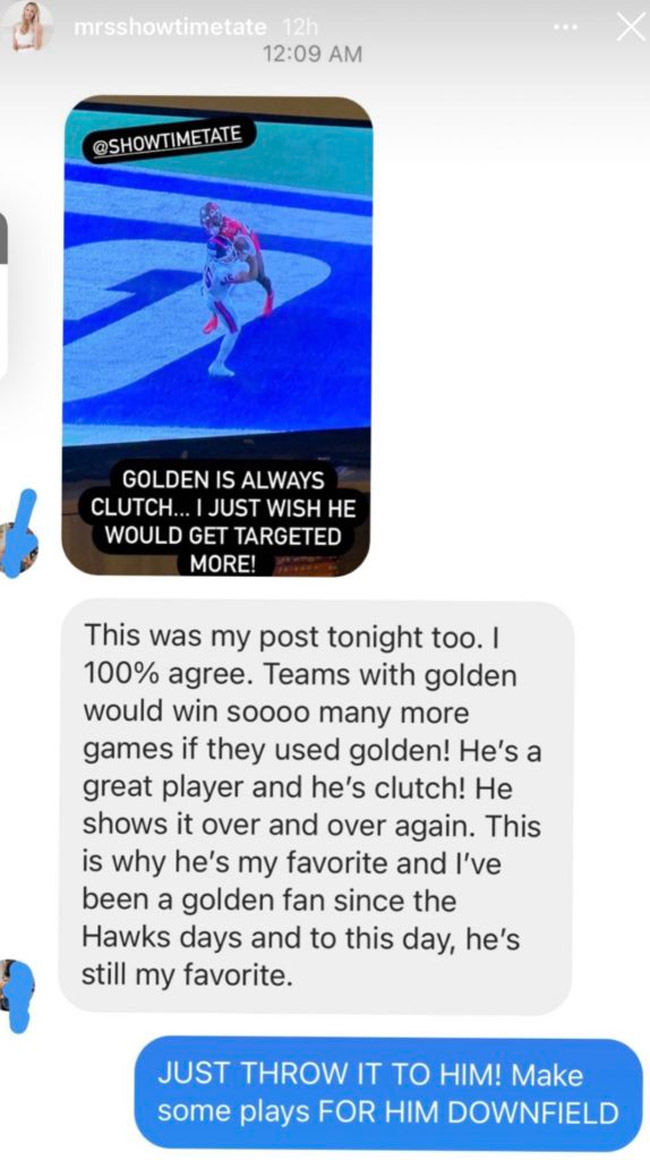