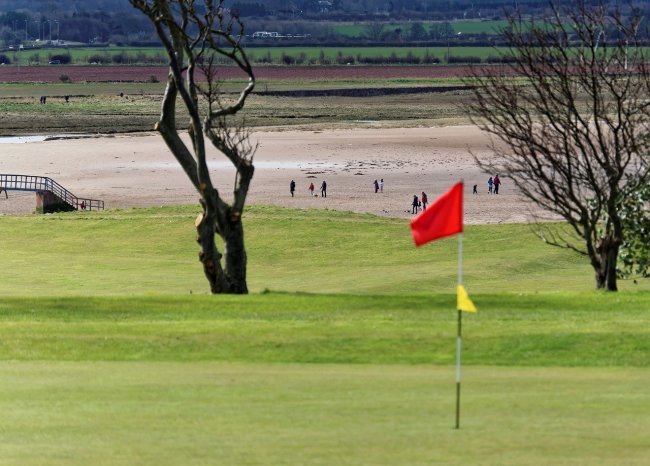 You have to be a certain type of person, and probably a certain level of drunk, to throw down on a golf course while playing in a charity event, and it appears these two South African men checked both of those boxes.

Videos of fights taking place on the golf course usually garner some attention on social media, but when the fight includes a shirtless man walking across the green, grabbing the flagstick, and whaling on the other guy with it, it’s bound to go pretty viral. Just having the idea and then the audacity to grab the flagstick and hit someone with it is a wild move, but it gave us some tremendous content. The brawl went down at a local school’s fundraising event, which adds to the drama here.

According to Times Live, the course manager said that the two men in the video were drunk and that the whole thing started after one of the men accused the other of stealing their phone.

One of the golfers apparently found a phone on the 17th hole after he heard it ringing and answered it, just like any normal, drunk human would, before being accused of stealing it.

“There was a heated exchange of words and a rumpus when the players approached each other,”course manager Deon Kruger said. “This whole thing comes down too much alcohol and the players, who until then had been well-behaved, drinking on the course.”

The golf course doesn’t actually allow alcohol, the men snuck it onto the course and apparently snuck on quite a bit as they very clearly got rather toasted during the round. Alcohol and accusations of stealing don’t usually go too well together.

The man that accused the other of stealing may not want to pull that same stunt when standing so close to a flagstick next time.