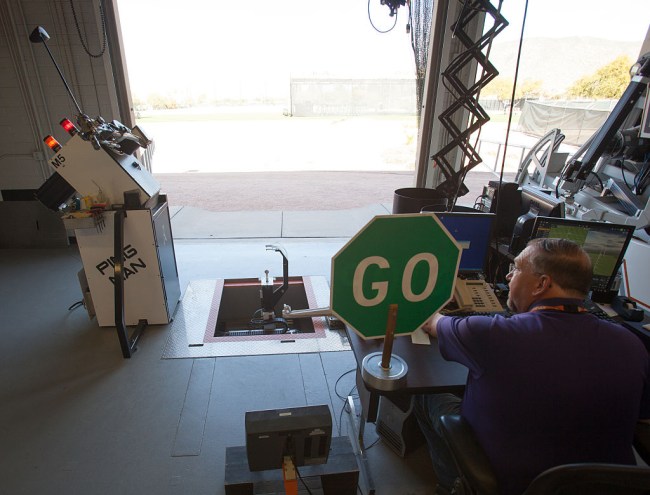 Right now in the world of golf, specifically professional golf, there is a raging debate going on regarding the ‘distance issue.’ It’s one of those things where there really isn’t a middle ground, you either think there is a distance issue in the game or not.

The USGA and R&A are even conducting a Distance Insights Project regarding all of this, but it has been delayed due to the pandemic.

Golf equipment is getting more advanced, clubs are getting hotter, the ball is going further and the majority golf courses around the world simply can’t keep up.

When it comes to the thought process behind this distance issue, the more experienced golfer and even more in-tune golf fan points to the advancement of the golf ball as to the most impactful factor regarding this new-age distance. Now, of course, today’s clubs compared to persimmon drivers and even clubs used in the early 2000s are playing a major role in this gained distance, but the ball should most definitely not be overlooked in this equation.

Today’s top golf balls are solid-construction, and multi-layered while back in the 1990s the most popular ball was the balata which was a wound, liquid-filled ball. Just from those simple descriptions, it’s easy to assume that the new-age golf balls should travel much better regardless of the person putting the swing on the ball compared to the most popular ball 25+ years ago.

Thanks to smart people building golf robots, we can actually run tests to get exact numbers regarding new and old golf balls with consistency within the swing and that’s exactly what GOLF and Golf Laboratories, Inc. did with their Computer Controlled robot.

In these tests, they took sealed, never been hit balata golf balls from the 1990s and allowed the robot to hit them at varying speeds with modern-day equipment with the swing being delivered at the same impact positions. They then did the same with a modern-day golf ball.

You can see all of the test results here, but the two that really catch the eye are the ‘Tour Driver’ with varying spin rates.

They even ran tests with a 56-degree wedge and the modern ball was almost five yards longer than the balata ball.

The takeaway here is that if golf’s governing bodies do elect to make changes at the professional level, and perhaps even the amateur level in some areas, the most obvious and likely easiest fix is to change the golf ball.

The idea of having professionals use one specific ‘Tour issued’ golf ball is nothing new, but maybe what seems to be the easiest fix could also be the most impactful.