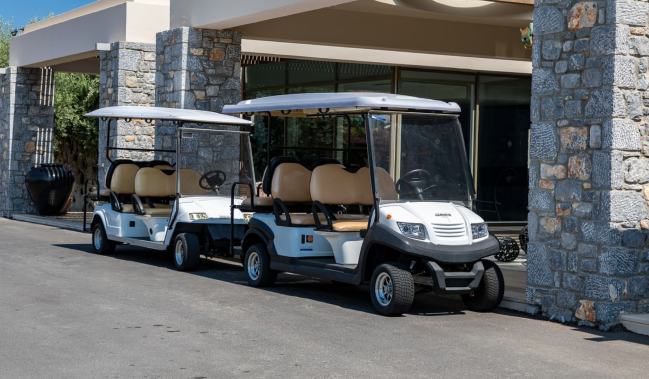 Even if you’ve never for one-second thought about how different the golf experience is in South Korea compared to the United States, you would simply assume that there are at least some sort of differences between the two. It’s honestly one of the great things about the game, while the rules are the same all around the world, different cultures, traditions, and overall experiences differ within the game in different parts of the globe.

We’re here to talk about South Korea, though, particularly this TikTok from Shot.Tracer that takes us through a round of golf in the ‘Land Of The Morning Calm.’

How is golf in South Korea different from where you play? #golf #golfinkorea #golfer #golfcourse #golfweekend #golfswing #southkorea #fyp

Right from the get-go, you realize we’re in for quite a ride, literally, as the golfers go over some moving walkway bridge to get to wherever they’re going. We only see those walkways in airports in the States, but they’ve got them on golf courses in South Korea, and now that I think about it, it’s genius. Those things should be everywhere.

Things only get better, and wilder, from there. Forget dropping your clubs off with the cart staff as you arrive, you put them on some sort of robot cart that drives off by itself where the caddies get your cart ready to go for the day. Oh, and the cart you actually have on the course? Yeah, it drives itself too, because of course it does.

Also, forget about driving some week-old, weak chicken salad sandwich at the turn. In South Korea, you grab a quick sit-down lunch before making the turn.

It’s very clearly an all-around experience to play golf in South Korea, at least at this particular course. It doesn’t look like this particular group took themselves too seriously, which I think we Americans do far too often out on the course, whether you be a scratch golfer or a 29 handicap.

The one thing I can’t get behind is that your entire group being on the same cart, but then again the cart drives itself, and it appears you just walk beside it during the round? That seems like a lot of distractions, but I’m sure it’s easy to get used to.