Golfer Dies After Being Struck By Lightning On New Jersey Course 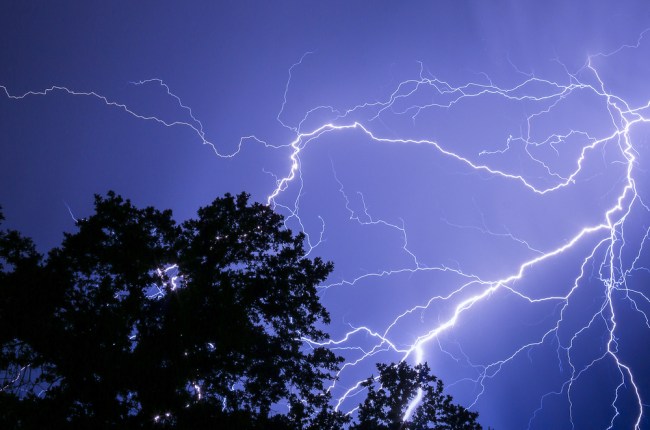 A 70-year-old man of Florence, New Jersey was found dead near the seventh hole at Burlington Country Club on Wednesday afternoon after being struck by lightning. According to ABC 7 NY, the man was pronounced dead at the scene.

According to the report, the lightning strike occurred as pop-up thunderstorms were entering the area. A person who lives right by the golf course said that the weather was “bizarre” and that it was “thundering and lightning with the sun out.”

The victim was found under a tree, which detectives believe he was seeking shelter under as the storm came through. Police also suggested that the tree was struck by the lightning bolt prior to striking the victim, who is the first death from a lightning strike in the United States in 2021.

On average, 49 people are killed by lightning strikes each year in the United States while hundreds of others are injured. According to AccuWeather, most lightning fatalities occur in the month of July.

Related: This Lightning Strike At The U.S. Women’s Open Looks Like Something Straight From A Movie

It’s an extremely sad situation, especially seeing as how the victim appeared to be doing the right thing in seeking shelter and not actively playing golf as the storm approached. Swinging a metal stick with lightning in the area is always a bad idea.

Weather.gov states that whenever there is thunder and lightning in the area, you should immediately get off elevated areas such as hills, mountain ridges or peaks, never lie flat on the ground, and never shelter under an isolated tree.