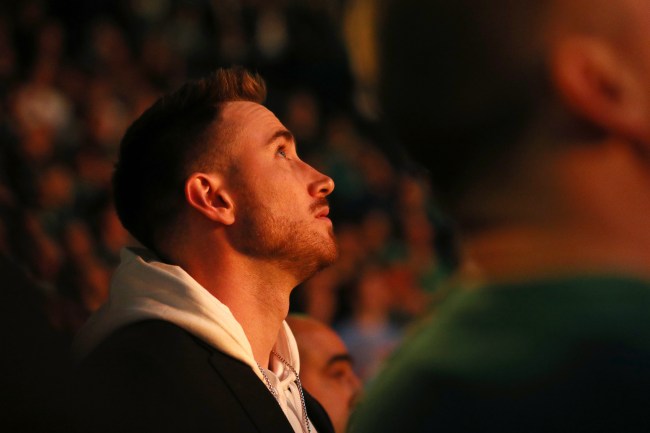 It’s been 10 months since Gordon Hayward suffered one of the most gruesome leg injuries you’ll ever see. The 28-year-old All-Star horrifically dislocated and fractured his left tibia while going up for an alley oop less than six minutes into his first game with the Celtics.

Hayward is expected to be back in the starting lineup for the opening game of the upcoming season after a long and arduous recovery process from surgery in March that even he admits has been a test of mental and physical will.

Celtics fans will collectively breathe a sigh of relief when they see the guard they’re paying $128 million over four years throwing down dunks, in game-ish speed.

Yeah this looks like the @gordonhayward we remember #comingsoon 🎬🎟️ pic.twitter.com/gogYGBZTzp

This is a far cry from four months ago when the biggest gain Gordon made was doing single leg calf raises with both legs. Or seven months back when Hayward was confined to doing light shooting drills shortly after his cast was removed.