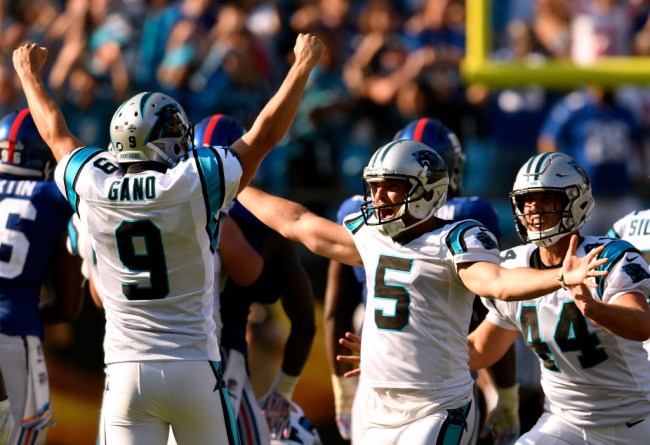 Graham Gano drilled a 63-yard game-winning field goal to send the New York Giants into full blown crisis mode. The Pro Bowler’s clutch boot marks the longest field goal in Panthers’ history and is tied for the longest game-winning field goal in NFL history. Watching it in real time was a sight to behold, and it has now been immortalized for all eternity by the always electric Panthers Spanish-language broadcast team, Jaime Moreno and Luis Moreno Jr.

The pair, who has earned the reputation of going ballistic over trivial plays, narrowly escaped a heart attack after the 31-year-old Gano’s kick sailed through the uprights. Turn your sound on to free-base electricity through your veins.

After the game, Gano was overcome with joy after propelling his Panthers to a 3-1 record tying them with New Orleans for the NFC South lead. Via 247 Sports:

“It felt good, and then I heard (punter) Mike (Palardy) go ‘woooo!’, and I was like ‘It’s got a chance’,” said Gano, as reported by Nick Carboni of WCNC. “I don’t think it’s hit me yet. I’m very blessed to have that opportunity and excited that we got the win.”

Gano also bailed Cam Newton out of a sluggish two-interception performance. After the game, Newton spoke on his very good kicker.

“I’m happy that we got a kicker like that,” Newton said of Gano. “A wise man once told me a great quarterback is only as good as his kicker. Graham put the whole team on his back. Well, on his toe.”

Football, a game of inches, my friends.