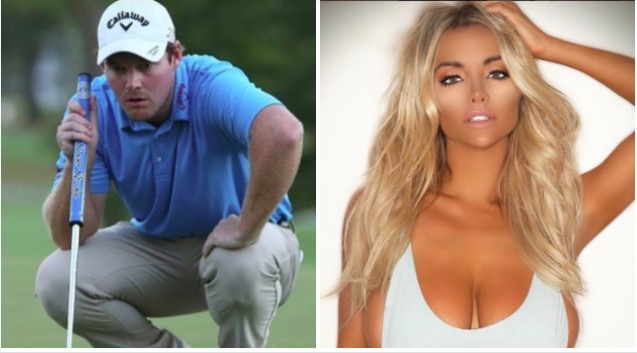 The latest professional athlete to shoot his shot at one of Instagram’s most sought after women is 23-year-old professional golfer Grayson Murray. The PGA Tour rookie asked Playboy model Lindsey Pelas on Twitter if she’d be his caddie if he qualified for the Masters.

That last line was so goddamn cheesy it may actually work.

Now typically, I’d say that Grayson doesn’t quite have the resume yet to be taking premature swings as he has missed five straight cuts and has only made four cuts in 11 events this season, but if that nerd Danny O’Shea can beat his brother Kevin down Cherry Hill, Grayson has a shot at a miracle too.

Actually, Grayson, you got a couple dudes who have been waiting patiently for their opportunity.

@LindseyPelas Lindsey on behalf of all my followers we'd like to say we love you.

Got to get that playoff edge mentality! pic.twitter.com/RS22u8IfSd

Jesus Derek. You should have run those tweets by someone before sending them. Do less bruh. Do significantly less.