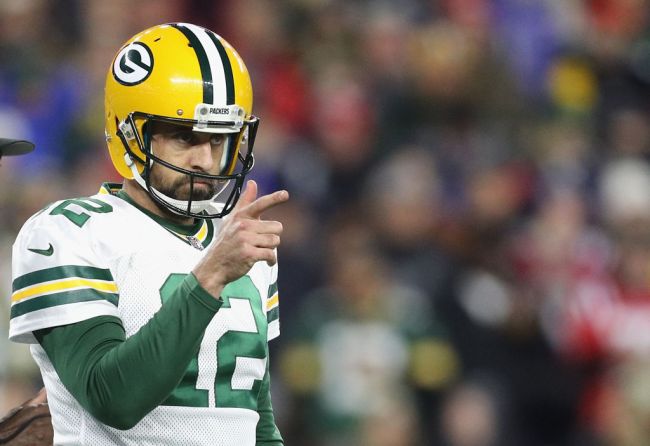 Aaron Rodgers is coming back to Green Bay all along after Packers’ execs convinced him to return over the weekend.

On Monday morning, NFL Network’s Ian Rapoport dropped a bombshell report revealing that Rodgers had told people close to him he was going to return.

#Packers QB Aaron Rodgers has indicated to people close to him that he does plan to play for GB this season, sources say. That is the expectation. Many factors at play, but with GM Brian Gutekunst saying he is “hopeful” for a positive outcome, there is a glimmer of optimism.

ESPN’s Adam Schefter followed up on Rapoport’s report by stating that the Packers convinced Rodgers to stay by voiding the final year of his contract in 2023 and agreeing to take a look at his situation at the end of the season.

Packers are offering concessions and are close to an agreement that would bring Aaron Rodgers back to Green Bay for at least this season, sources tell ESPN. Deal is not done but it is close.

Over the past weekend, the two sides were able to reach mutually-agreed upon terms that are close to convincing Aaron Rodgers to abandon plans he had to skip training camp and instead return for it. Concessions do not include more money, per sources. https://t.co/NojVojcHjy

*The 2023 year in Aaron Rodgers’ contract – the last one in his current deal — would be voided, with no tags allowed in the future, per sources.

*The Packers would agree to review Aaron Rodgers' situation at the end of this season, per sources. https://t.co/Ku9X9k9lXP

According to Schefter Rodgers planned to sit out the season until the Packers changed his mind over the weekend by offering him the contract concessions that would give him the option to request a trade after this season.

Adam Schefter claims the Green Bay Packers changed Aaron Rodgers mind from not playing this year over the weekend pic.twitter.com/yO2in3HLCp

“As of last week it was Aaron Rodgers’ plan not to show to training camp and to not play this season and the talks intesified over the weekend to the point where they offered, the Packers did, enough in the way of concessions to get Aaron Rodgers to change his stance”