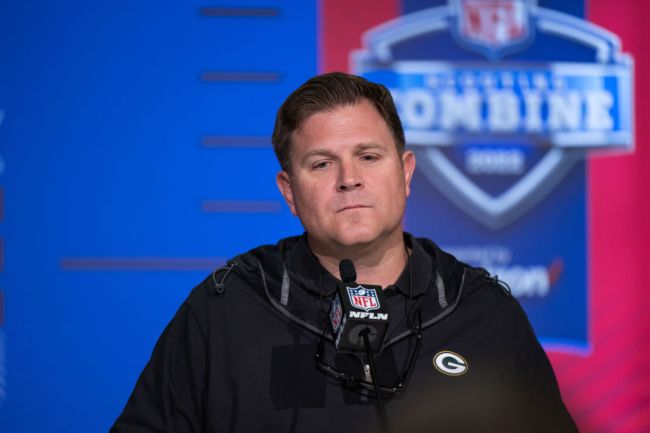 The Green Bay Packers have had a rough offseason so far. It seemed like they had gotten a major win when Aaron Rodgers decided not to retire and instead signed an extension with the team. Then they lost his two best targets.

With Davante Adams and Marquez Valdes-Scantling gone, the Packers don’t have much of a receiving corps and could potentially have the worst group of pass catchers in the league at the start of the season. They do have a couple of 1st round picks and 4 picks in the first two rounds to address the issue, but it seems like they may start with a different approach.

According to Adam Schefter, the Packers have signed Sammy Watkins to a 1-year deal.

Packers are giving former Ravens’ WR Sammy Watkins a one-year deal worth up to $4 million, per source.

Signing Sammy Watkins is simply not a good move for the Packers. If the Green Bay Packers allegedly aren’t willing to look past any history of injury issues to acquire a wide receiver then it makes absolutely no sense for Sammy Watkins to be the receiver they choose. While just about any conversation about Sammy Watkins tends to quickly become about his injuries.

However, even when he’s been on the field, he hasn’t been particularly impressive. He hasn’t topped 700 yards since his second season in the league. Last season, he managed to play in 13 games and still only had only 27 catches for 394 yards. This would’ve been good for 4th most on the Packers last season.

It’s only 19 more yards than Randall Cobb had last season, 3 more than running back Aaron Jones, and 81 more than backup running back AJ Dillon. So what exactly is he adding to this roster?

If the Packers were looking to add a veteran receiver and aren’t concerned about injury history then Julio Jones, AJ Green, and Odell Beckham Jr all made way more sense. All three were way better than Watkins at their peaks and Green actually posted 848 yards for the Cardinals last season.

Even Jarvis Landry is a much more dependable option than Watkins for the Packers.

Any veteran receiver brought in by the Packers this offseason is going to need to be the top target for Rodgers while any rookies they draft acclimate to the league. Sammy Watkins isn’t that guy. At this point in his career, Watkins has proven that he shouldn’t be more than a team’s 3rd option.

Last year he was the 4th best pass catcher on the Ravens, finishing behind Rashod Bateman, who was a rookie and actually appeared in one less game.

It made plenty of sense for the Packers to pursue a veteran wide receiver as they try to rebuild a depleted receiver corps, but Sammy Watkins is simply not the answer. They should have given a call to any receiver who has proven they could be a number 1 guy, but instead will once again give Aaron Rodgers questionable options to throw to.