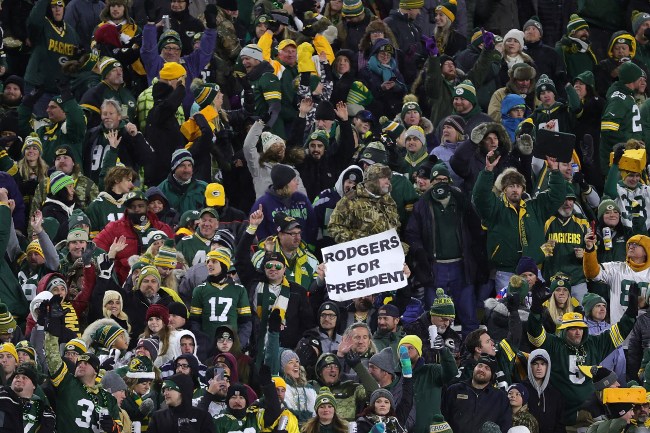 It’s been a strange year for the Green Bay Packers. First, Aaron Rodgers was retiring. Then he wasn’t retiring, but he wanted a way out of Green Bay for next year.

Then Rodgers told everybody he was “immunized” until he caught COVID and the world found out what he actually meant by that. Now the Packers are giving fans a chance to own some Green Bay Packers stock, but what does that stock ownership get you?

The stock even only carries an actual monetary value of 25 cents. It can’t be resold and the only way to get rid of it is if the Packers can’t find you for 5 years, in which case they can buy the stock back for a quarter.

To make this deal even worse, your valueless piece of paper earns you the wonderful benefit of being held to the same standard as any other NFL owner, which means that Roger Goodell can fine you up to $500000 if he sees fit.

If you were thinking “well it’s worth it if it makes my team better”, that’s not the case either. The first time the Packers did this, the league ruled that the team can’t use the money they raise from stock sales to pay player salaries or bonuses.

Basically, what I’m telling all of you Packers fans out there who are considering forking that 300 bucks over to the organization is to find some other way to spend it. You could even spend that money supporting the team in a different way.

For that $300 you could grab yourself a ticket in the lower level for Sunday’s matchup against the Vikings and enjoy a beer or two while you’re at it. You could also buy yourself a pair of Packers jerseys with that money and still have some cash left over.

I’m all for supporting your favorite teams, but please ladies and gentlemen, support responsibly.