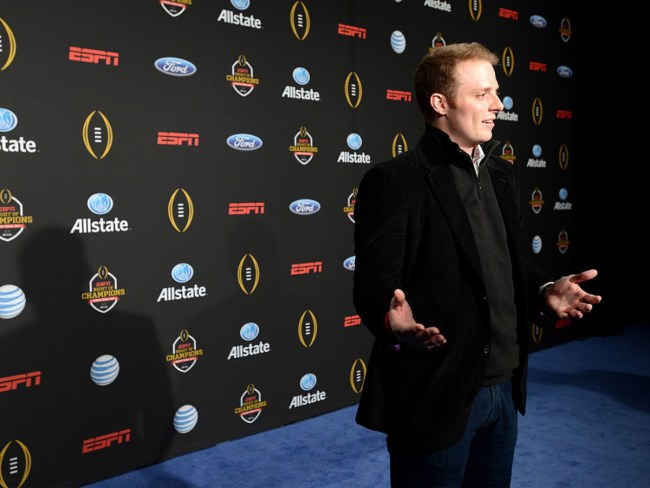 Oregon defensive end Kayvon Thibodeaux is projected to be a Top 5 pick in the 2022 NFL Draft. It’s safe to say that he made the right decision in signing with Oregon out of high school on that fact alone, but earlier this week he elected to talk trash about Alabama and its quality of education.

Unfortunately for Thibodeaux, his statement about Alabama being a lesser school from an education standpoint wasn’t proper English.

During the 2022 College Football Playoff broadcast, Thibodeaux joined Joel Klatt on FOX Sports and took his shot at Alabama.

“If I would have went to Alabama … I don’t know if my degree would mean anything,” Thibodeaux continued.

Stigmatism is not the right word there, folks, Thibodeaux was looking for the word stigma, instead. Also, according to my research, Oregon ain’t Harvard either, but apparently it’s close enough for Thibodeaux.

For whatever it’s worth, U.S. News and World Report lists Oregon as the 47th-best public university in the country while Alabama comes in at No. 67, so Thibodeaux’s grammatically incorrect statement is fairly valid, but still ruffled plenty of feathers.

Former Alabama quarterback turned ESPN college football analyst Greg McElroy took offense to Thibodeaux’s statements. He was offended by what Thibodeaux said, went on to roast him on his radio show, and challenged him to an IQ test as well.

“He says he doesn’t like the stigma that athletes are dumb jocks, and yet, he sounds like a dumb jock,” McElroy said, according to Tuscaloosa News.

“What I don’t understand is why he felt the need to cut down Alabama,” McElroy continued. “And as someone who has always taken his academic situation very seriously, I’ll just come at him with this — if he’d like to take an IQ test, I’m available.

If he’d like to take the Wonderlic test, I’m available. As a proud graduate with multiple degrees from Alabama, I will put my degree up against his any day of the week.”

McElroy’s ultimate roast came later when he explained that Harvard, Yale, and Princeton all offered him out of high school while questioning whether any top-education programs offered Thibodeaux.