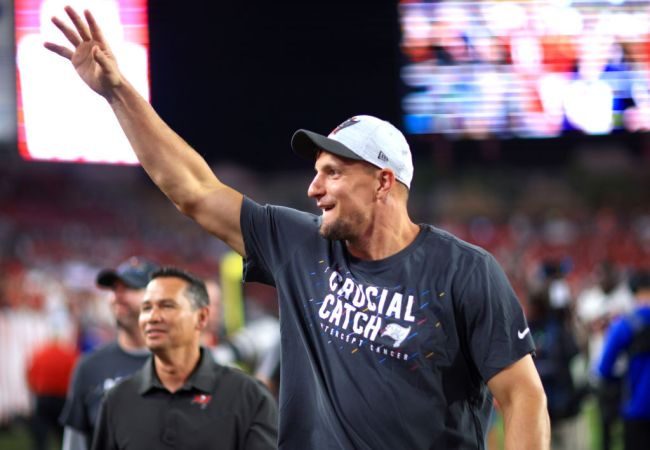 When Mike Evans handed Buccaneers fan a football during Sunday’s game against the Bears, neither thought anything of it. However, the aftermath of that seemingly simple exchange has sent shockwaves across the NFL and the world.

If you have not heard by now, that football was Tom Brady’s 600th career touchdown. Nobody in history has ever thrown that many and the ball is almost certainly on its way to the Pro Football Hall of Fame.

After realizing that Evans gave away the historic football, a team staffer went over to negotiate for it back. It was hilarious an the fan, Byron Kennedy, gave it back.

Initially, all Kennedy got in return was a $1,000 credit to the team store and a replacement jersey. Since then, after the transaction started making rounds across the internet, the purse has been upped.

Kennedy will receive the $1k credit, two signed jerseys and a helmet from Brady, a signed Mike Evans jersey and his game cleats, and two season tickets to the rest of the 2021 season and all of 2022. And that’s not all.

During Monday Night Football’s Manningcast, Brady joined Eli and Peyton to discuss a variety of topics. One of them was Kennedy and the football, and Brady said that he was giving him one Bitcoin, which is valued at over $63,000.

Now, three days after the game, Kennedy has learned that his cryptocurrency wallet will be even fatter. According to TMZ, Rob Gronkowski and Mojo Muhtadi are getting in on the gifting.

Earlier this year, Gronk, Mojo and DJ Steve Aoki partnered with a new crypto company called Beyond Protocol. The company specializes in tech that allows internet-connected devices to communicate safely.

Muhtadi said to TMZ that he spoke with Beyond Protocol and that they’ve decided to give Kennedy 690 coins. Each coin is worth about $44 each, which totals about $31,000.

Again, Kennedy isn’t approaching $500,000 territory, but he’s getting closer. And his crypto wallet, which he may or may not have had before, is pretty significant now if it wasn’t already.