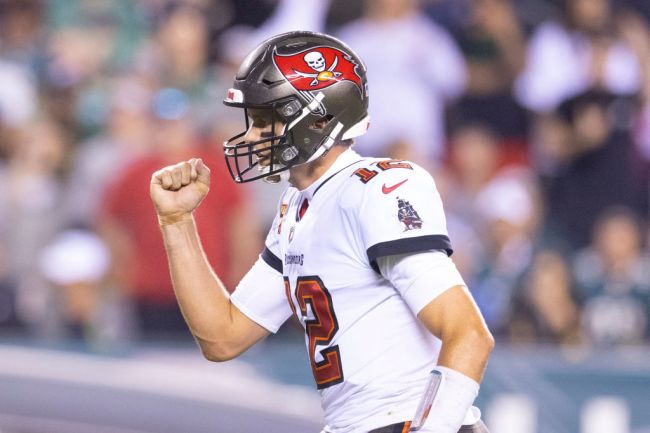 Tom Brady is sweetening the deal for the Bucs fan who gave back the 600th TD ball, which was estimated to be valued at $500k-$750k.

On Monday afternoon, Darren Rovell reported that the Bucs were giving the fan several goodies in exchange for the ball.

JUST IN: The deal has been made with the Bucs fan who gave up the Brady ball.

2 signed jerseys + a helmet from Tom.

A $1K credit at the Bucs team store.

2 season tickets for the remainder of this season + next

During the Monday Night Football Manningcast, Brady revealed that he was giving the fan one bitcoin worth nearly $63k on top of all the Bucs gifts.

Tom Brady says he’s giving fan a Bitcoin for 600td ball which is worth $63k pic.twitter.com/kvYH7B4jJN

One whole #bitcoin it is! Time to make the trade. 🤝