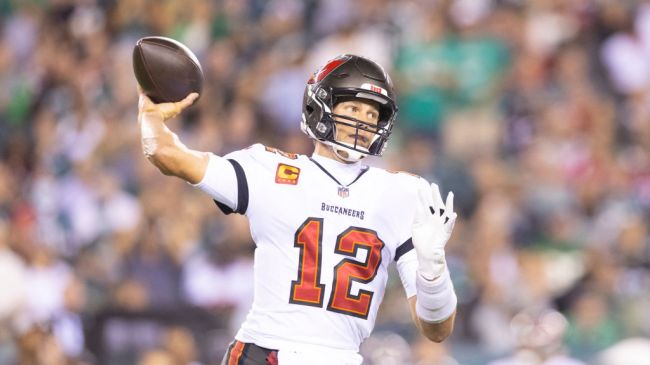 The Bucs have officially negotiated a deal with the fan who gave back Tom Brady’s 600th TD after Mike Evans mistakenly handed it to him.

On Monday afternoon Darren Rovell reported that the Bucs will give the fan two signed jerseys and a helmet from Brady, a signed Mike Evans jersey and his game cleats, a $1K credit at the Bucs team store, and two season tickets for the remainder of this season plus next season.

JUST IN: The deal has been made with the Bucs fan who gave up the Brady ball.

2 signed jerseys + a helmet from Tom.

A $1K credit at the Bucs team store.

2 season tickets for the remainder of this season + next

While all of that is nice, it falls short of the $500k it would have “easily” made on the auction block, according to Ken Goldin of Goldin Auctions.

Fan gets Tom Brady’s 600th TD ball after Mike Evans handed it to him not realizing what it was.

The Bucs staff came over to ask for it back and fan complied.

Just spoke with @KenGoldin of @GoldinAuctions. Said the ball is worth $500,000 at minimum.

The fan had requested to play a round of golf with Brady during negotiations, but it appears that he got turned down.