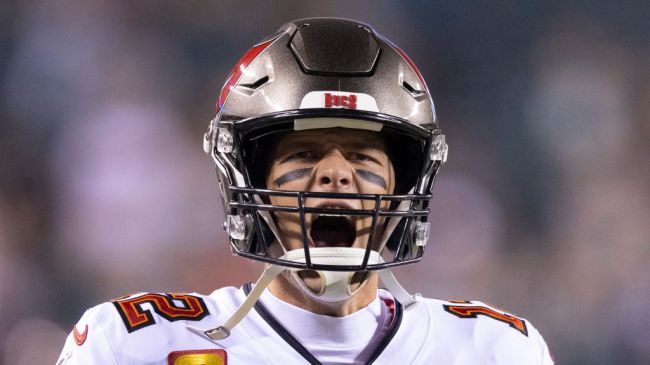 Tom Brady accomplished his latest unbelievable feat on Sunday afternoon during the Buccaneers’ win over the Bears on Sunday by tossing the 600th touchdown pass of his career.

Mike Evans, who caught the touchdown pass from Brady, didn’t know his QB had just tossed the 600th TD of his career so he simply tossed the ball to a fan in the stands during his celebration.

Brady wanted to hang onto that ball and thankfully the fan, Byron Kennedy, was understanding and gave the ball back.

After the whole football debacle, it’s been estimated that the ball could have fetched $750,000 in a sports memorabilia auction. The fan received a different ball and some team apparel in exchange for Brady’s TD ball, nothing close to $750,000.

While it would be understandable for the fan to be extremely bitter about the situation, he still doesn’t want any sort of money for his good deed.

Kennedy was interviewed on the NFL Network on Monday and explained that what he really wants from Brady is a round of golf with the legendary QB.

Byron Kennedy did NOT want money from the @Buccaneers for that football. BUT, he tells me he does have one request. Can we make this happen, @TomBrady ??@nflnetwork pic.twitter.com/k6sQB16yMj

Brady plays plenty of golf during the offseason, so not only is it a cool move from Kennedy here, but it’s also a smart one. He may just get what he wishes for and tee it up alongside the greatest QB to ever do it.

The majority of us out there would have at the very least asked for lifelong season tickets or something with monetary value, but Kennedy is one of the good guys, and just wants to spend an afternoon on the links with Brady.