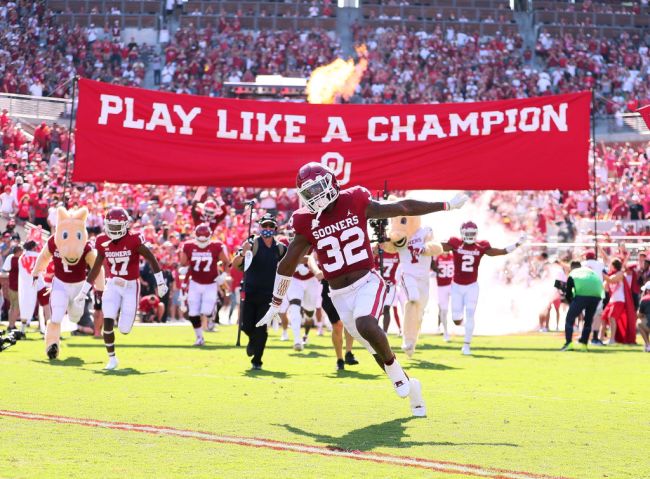 There is nobody in the broadcast world that gets as animated as Augustus Cornelius Johnson Jr. Better known as Gus, the Fox Sports commentator is truly wonderful in his ability to breathe life into any moment.

He has already gone viral earlier this season for his call of a Penn State interception, and was the highlight of Fox’s opening game of Week 1.

Johnson was on the call for Saturday’s matchup between Oklahoma and Nebraska. The rivalry between the Sooners and the Cornhuskers date back to 1912 and the blood is bad.

The rivalry is real 😳 pic.twitter.com/CUgTS21cLx

After beginning the season 2-1, Nebraska rolled into Norman and gave No. 3 Oklahoma all it could handle in the first half. The Sooners went into the locker room with a 7-3 lead.

However, despite a slow third quarter, the tide began to turn. Oklahoma found the end zone early in the second half.

Nebraska answered, but could not convert the extra point. Instead, kicker Kelen Meyer had his kick blocked by defensive tackle Isaiah Coe and returned 101 yards by safety Pat Fields for two points.

Gus is very, very excited for these two points to be scored pic.twitter.com/HOyQh8hGOb

The highlight, undoubtedly, is when he says “HOLY MACKEREL! WHAT A PLAY!”

Who says that? Nobody but Johnson and that’s why he’s the best. God bless Gus Johnson.