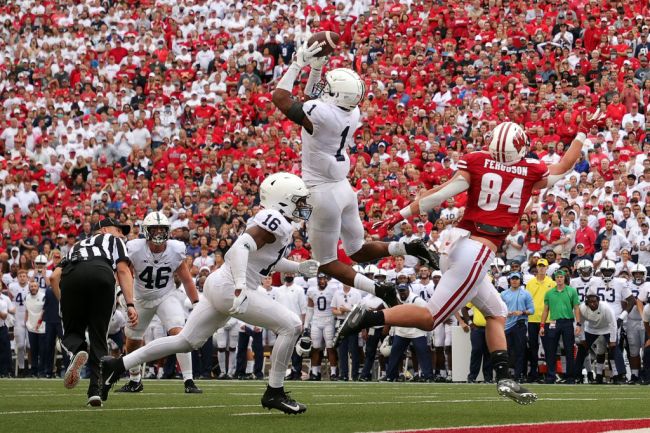 Gus Johnson is a national treasure when it comes to calling college football games. The FOX Sports announcer was particularly electric during Saturday’s Penn State – Wisconsin season opener, with Penn State pulling off a thrilling win in the fourth quarter.

Earlier this week Johnson went viral calling Haskell Garrett’s surprise touchdown in the Ohio State-Minnesota, screaming “Haskell the Raskell” during a big man TD in the third quarter of the game. Johnson also reminded the audience that Garrett was “shot in the face” last year, a reference to an incident where Garrett tried to break up a fight between a man and a woman and the man pulled out a gun, firing it at the Ohio State defensive tackle.

On Saturday, Penn State managed to hold Wisconsin off with a late comeback bid, earning a 16-10 road win.

Gus Johnson lit up with a call in the final minutes of the 4th quarter, when Jaquan Brisker picked off Wisconsin QB Graham Mertz on a 4th and goal possession. In fact, Johnson roared at one point while Brisker was returning the ball downfield.

THE PENN STATE DEFENSE DOES IT AGAIN 🔥@PennStateFball pic.twitter.com/HcPIOzoYnH

Let’s listen to that again. It was GLORIOUS:

College football is officially back. pic.twitter.com/pZc76cpmwZ

Gus Johnson is a human magnet for barn-burning, nail-biting finishes. As always.