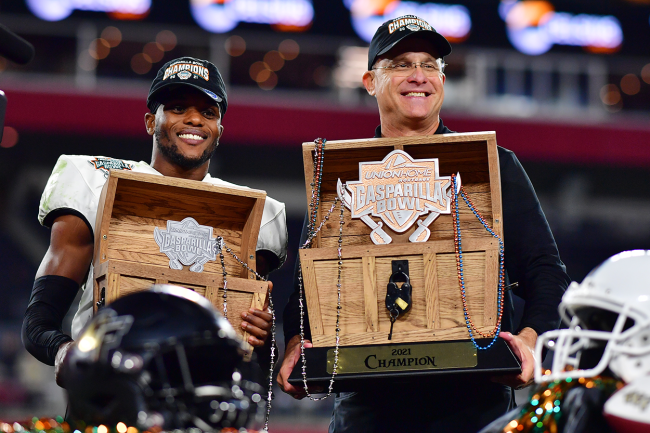 Gus Malzahn enters his second year as the head football coach at the University of Central Florida on February 15th. He could not be more thrilled.

Malzahn, who spent seven years at Auburn starting in 2013, was fired by the Tigers after the 2020 season. Because he was let go without cause, he will be paid $21.45 million not to coach the program.

Not long thereafter, he took over at UCF. He is making $2.3 million per year with the Knights and won nine games in his first year, including a bowl win over Florida.

Meanwhile, Auburn is currently a dumpster fire. Head coach Bryan Harsin is under investigation over alleged culture problems, went 6-7 last season, his defensive coordinator from last year took a $400,000 pay cut to coach elsewhere and he will have to hire his third offensive coordinator in 13 months if he keeps his job.

Things are not going well on the Plains and nobody really knows what is going to happen.

That is not the case in Orlando. Malzahn and UCF are very comfortable.

On Wednesday, Malzahn was asked if Auburn would be better off if he had not been fired. He chose to stay far away from that question.

“I’m not going to get into what’s going on there,” Malzahn said. “I just feel blessed to be here.”

Take what you want from Malzahn’s comment, but it basically translates to “thank goodness I am not there anymore.”

From there, he went on to give significant praise to his players, his coaches, the athletic department around him, and the university during a media session.

He could not have sounded happier.

Malzahn is getting paid by Auburn while also making a large salary at UCF. His former program is in complete disarray, and his current program is crushing it thus far. Could be worse. A lot worse.