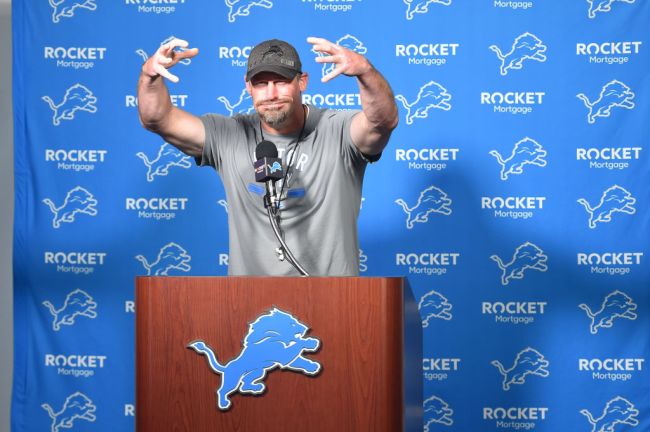 Lions head coach Dan Campbell starts his day like most other folks do, with coffee. He wakes up craving that sweet brown nectar and burst of caffeine just like the rest of us, but while most American coffee drinkers consume around 27 ounces of coffee per day, Campbell takes down 40 ounces.

Okay, so he drinks a couple more cups than the average American, no big deal. Correct, that wouldn’t be a big deal, but he also accompanies this 40 ounces of brown juice with four espresso shots each morning. Campbell recently revealed his absurd coffee routine during yet another electric press conference of his.

No human should be consuming anywhere close to 1,100 mg of caffeine every day and Campbell is putting that inside of his body just to get his day going.

Content creator Zach Schwartz decided to start his day with the Dan Campbell coffee routine and documented his experience on TikTok. Thankfully, Schwartz has been active on social media since he tried Campbell’s routine, so we do know his heart didn’t explode.

I’m a big coffee drinker and drink one or two too many cups every single day. I’m 100% addicted to making an ice coffee every late afternoon through the workweek. I could honestly drink coffee all day long, but Campbell’s routine intimidates the hell out of me. The four espresso shots would tear not only my brain up but my stomach as well.

Here’s to hoping the plumbing at the Lions’ training facility is top-notch.