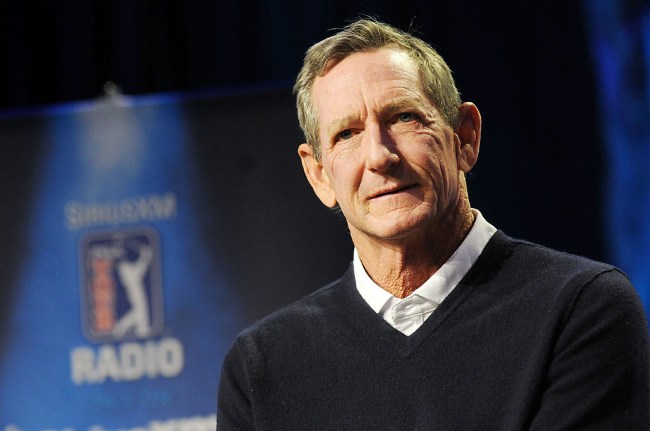 Last week Hank Haney’s co-host on his SiriusXM radio show brought up the fact that the U.S. Women’s Open was set to get underway on Thursday. Haney, the former swing coach of Tiger Woods, responded with “Oh is it?” before delivering his thoughts and causing all hell to break loose on social media.

Haney: “I couldn’t name you, like, six players on the LPGA Tour. Maybe I could. Well, I’d go with Lee. If I didn’t have to name a first name, I’d get a bunch of them right. I don’t know, Lexi Thompson, Michelle Wie’s hurt. I don’t know that many. Where are they playing, by the way?”

Haney didn’t even know the tournament was taking place that week and without hesitation said that he believed a Korean would win come Sunday. Now, there are two ways you can interpret and react to the back-and-forth between Haney and his co-host.

You can either think that the first and maybe only thing Haney thinks of when the topic of the LPGA Tour and women’s golf arises is that it’s a Korean dominated sport and stereotyped the last name ‘Lee’ into the discussion as well, which may warrant your reaction to be ‘well, Haney is racist.’ On the other hand, you could read that dialogue and realize that Haney simply doesn’t have any interest in the women’s game and that’s it.

I believe the latter scenario is the truth and there is absolutely no way you can label Haney as a sexist or a racist based on his comments. It turns out Haney was simply making a safe bet.

Heading into the week, eight of the last 13 U.S. Women’s Open champions have been Korean. On Sunday evening that number grew to nine of the past 14 winners being Korean.

Perhaps it was a poor choice of words, but would it have been better for Haney to flat-out come out and say ‘who cares’ when his co-host brought up the tournament? He isn’t paid to commentate on the golfing world by saying ‘who cares.’

As you can imagine, players were roasting Haney on social media calling him a sexist and a racist while various members of the sports media universe called him out for his choice of words.

USA Today writer Christine Brennan took things to a whole other (absolutely absurd) level. Moments after Haney’s comments started going around, Brennan put together a column saying that Haney should never be allowed on a golf course again. She actually typed these sentences out and then somehow the article was published at one of the largest news organizations in the country:

If Haney is not fired from that job (and Johnson with him) and every other role he plays in golf and the news media by dinnertime Wednesday, then the leadership of the game, the PGA Tour and SiriusXM is condoning racism, sexism and xenophobia while basically telling everyone who isn’t a white male that golf is not the sport for them.

If there’s any golf club in the country (let’s make it the world) that allows Haney to set foot on its property after that despicable exchange, that club is telling every girl and woman and person of color to go play any one of the dozens of other sports they can play for life, not golf.

Because Haney isn’t interested in women’s golf and said on his radio show that a Korean would win the U.S. Women’s Open, Brennan thinks that Haney shouldn’t be allowed to play or be around the game of golf? That’s a laugh out loud, beyond crazy statement.

Oh, and what about the phrasing of ‘basically telling everyone who isn’t a white male that golf is not the sport for them,’ where did that come from? Haney made zero comments insinuating that golf is a sport for men only. I guess it’s not racist for Brennan to bring up Haney’s race even though it has absolutely nothing to do with anything going on here.

It’s interesting that when you go to Brennan’s author page at USA Today she’s only written about women’s golf once before when covering the inaugural Augusta National Women’s Amateur this past April.

Haney was suspended from SiriusXM as the company alongside the PGA Tour released the following statement.

Brennan got to check that off of her wishlist, but I’m not so sure ‘any golf club in the country’ is going to turn down the man that used to coach Tiger if he wants to come out to speak or play.

At the end of the day, Haney isn’t the only person on this planet that doesn’t keep up with women’s golf or the LPGA Tour; he’s just different because he went on his radio show and said it by predicting the outcome of the golf tournament and in doing so lost his job.