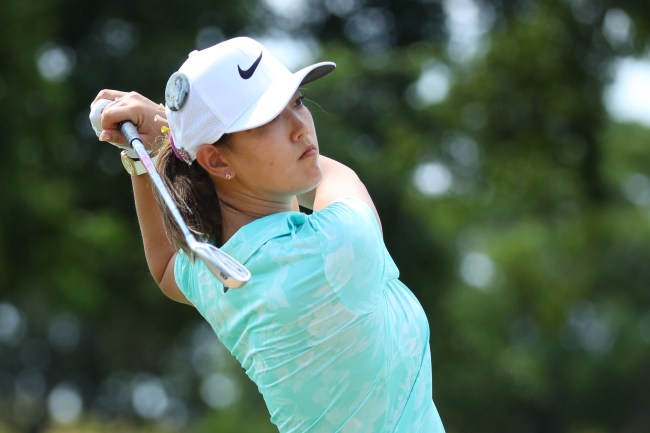 Michelle Wie has some words for Hank Haney, the former instructor for Tiger Woods: “Racism and sexism are no laughing matter.” That was the message, among other things, that Wie had to say in response to Haney’s controversial statements today about women’s golf.

To open his SiriusXM PGA Tour Radio, Haney said the following when he was asked to make a prediction for the U.S. Women’s Open this week.

“I’m gonna predict a Korean. That’s gonna be my prediction. I couldn’t name you, like, six players on the LPGA Tour.”

“Nah, maybe I could,” Haney continued. “Well, I’d go with Lee. If I didn’t have to name a first name, I’d get a bunch of them right. I don’t know… Lexi Thompson… Michelle Wie’s hurt. I don’t know that many. Where are they playing, by the way?”

The remarks didn’t sit well with most people within the golf community, both men and women, causing an uproar that led to Michelle Wie taking her response to Twitter. Here’s the chain of tweets that the one-time major champion had.

Too many of these girls, Korean or not, have worked countless hours and sacrificed so much to play in the US Open this week. There are so many amazing players in the field. Let’s celebrate them….Not mock them. @HankHaney https://t.co/YB25Bl9zoC

Following the backlash from players of both genders, Hank Haney recognized the severity and insensitivity of his comments, which led him to issue a statement and apology on his own Twitter account. Here’s what the radio host and former golf instructor had to say.

While Haney did try to play damage control, the fact of the matter is that his statements came across as arrogant, controversial and humiliating to nearly every female golfer. So, while the statement tries to underscore his words, many may not accept it as an apology, so we’ll have to see if others, especially Michelle Wie, replies or not.