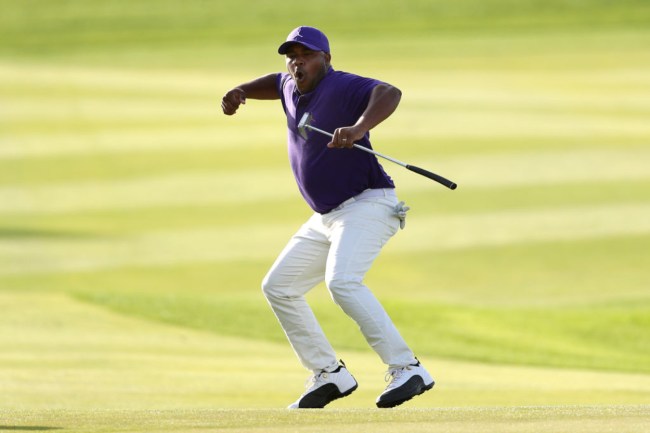 Harold Varner III stood on the 72nd hole of the Saudi International in a situation he hadn’t been in quite some time: with a chance to win a golf tournament.

HV3 hadn’t stepped into the winner’s circle since 2016 when he won the Australian PGA Championship, but he was looking to change that on Sunday as he carried a one-shot lead into the final round.

Varner III steadied the ship over the course of his final 18 holes, but Bubba Watson caught him atop the leaderboard. On the Par 5 18th, Varner III needed a birdie to get into a playoff with the two-time Masters winner.

Instead of two-putting from over 100-feet, which would have been unbelievably impressive, HV3 decided to just go ahead and make the putt for eagle to win the tournament.

The scenes were immaculate.

HV3 needed a 2-putt birdie to get into a playoff with Bubba Watson. He said nah, no thanks, and made eagle from 120 feet.