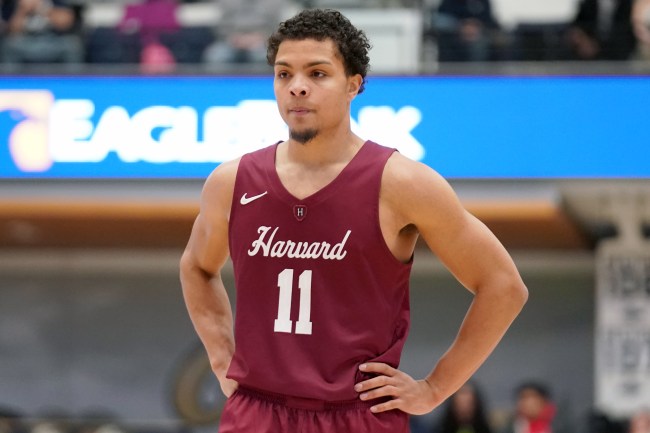 Prayers up for Harvard basketball seniors.

It’s tough to imagine how four years of blood, sweat, and brotherhood cumulates in such an unceremonious end.

It was announced on Tuesday that the Ivy League cancelled its conference tournament due to coronavirus, and awarded Yale, the regular season champion, a bid to the NCAA tournament.

Ivy League Executive Director Robin Harris: “Regrettably, the information and recommendations presented to us from public health authorities and medical professionals have convinced us that this is the most prudent decision.”

This wouldn’t be so egregious if Harvard hadn’t gone 2-0 against Yale on the season, with their latest victory over the Bulldogs as recently as Saturday. Harvard won convincingly, 83-69. The Crimson will end their 2019-2020 season with a league record of 10-4, while Yale sits at 11-3. This also marks the first year Harvard would be hosting the Ivy Tournament.

Harvard coach Tommy Amaker released a statement following the news that is a lot more level-headed than the statement I’d put out in his situation.

“This is an unprecedented situation and I fully support the University and College’s actions to protect the health and well-being of our students — including all of our student-athletes,” Amaker said in the statement. “I trust and admire President Bacow’s leadership and vision for Harvard. He has always done what is in the best interest of our students and the Harvard community.”

Horrible, horrible, horrible decision and total disregard for the players and teams that have put their hearts into this season. This is wrong on so many levels and the @IvyLeague should do its due diligence to find a better solution. Everyone knows the risks of playing! https://t.co/HQXprzX9q6

Aiken, a top 100 recruit out of high school, will pursue graduate transfer opportunities after playing just seven games this season due to a foot injury. Aiken is expected to receive a medical redshirt for the season and will graduate from Harvard in the spring. Since Ivy League rules prohibit graduate students from participating in NCAA athletics, his only choice is to transfer.

Harvard senior Seth Towns is also beside himself.

Obviously the coronavirus is a dicey issue and a nightmare for organizers of events such as these, but eliminating the Ivy League tournament altogether seems premature, especially seeing as the event still could take place without fans in attendance.

Now, Harvard players will have to go to sleep for a very long time wrestling with the worst question of all: ‘What If?’