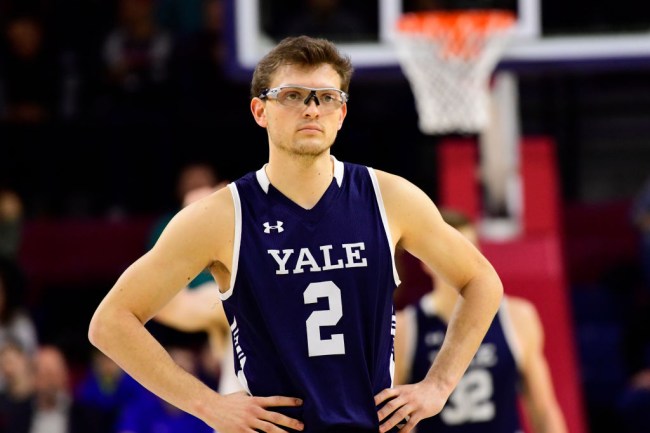 Instead of perhaps playing the Ivy League conference tournament without fans, the tournament has reportedly been canceled altogether due to the coronavirus. This means that Yale, the regular season champs, will receive the league’s automatic bid into the NCAA Tournament.

Sources: The Ivy League has cancelled its conference tournament due to coronavirus.

Regular season champion Yale will go to the NCAA Tournament.

Yale finished the regular season 23-7 overall and 11-3 in the conference. The Bulldog’s rival Harvard, who beat Yale twice during the regular season, surely isn’t too happy with this news at it sat just behind them at 10-4 in the Ivy League with Princeton finishing third at 9-5.

The Bulldogs are a legitimate team and would have been the clear-cut favorite to cut down the nets in the conference tournament as they rank no worse than 57th in every major statistical category in college hoops, but as everyone knows, upsets happen in March. ESPN’s Joe Lunardi has Yale projected as a No. 12 seed.

There is no denying that with the Ivy League electing to cancel its conference tournament it’s officially time to start worrying about the NCAA Tournament. While it still sounds like it’s a longshot for the tournament to be canceled, the chances we see games played in empty arenas certainly feels like a very real possibility at this point.

Related: The NBA Is Asking Teams To Prepare To Play Games Without Fans In Attendance Due To Coronavirus Fears