HBO Is Developing A ‘Hard Knocks’ For College Football 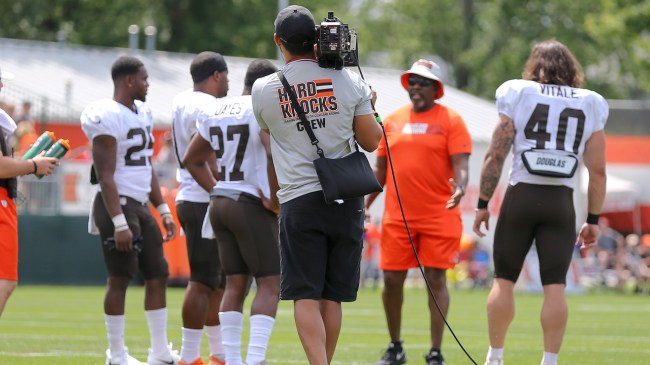 While the attention of the football world may be focused on Antonio Brown, the Oakland Raiders, and their appearance on Hard Knocks, the company behind Hard Knocks, HBO, already has their sights set on their next football-related project: a college football version of the acclaimed sports documentary series.

According to a report from ESPN on Tuesday, August 13, HBO is currently in negotiations with four college football programs “to create a behind-the-scenes-access show this season.”

The report from ESPN states “while the structure of the show has not been finalized, the schools have discussed allowing cameras to document each program for a week.”

Hard Knocks, which first premiered back in 2001, has since become a staple of football culture, making the decision to extend the idea to college football an obvious one. The series is currently in the midst of its 14th season and is chronicling the Oakland Raiders drama-filled, Antonio Brown-lacking training camp.

While not much else is known about the project, what we do know is this: we seriously doubt that Nick Saban allows a massive HBO camera crew into his practices. You may as well cross Bama off the list of potentially featured schools now, because that just ain’t happening with College Bill Belichick at the helm.